The past – shaping our futures 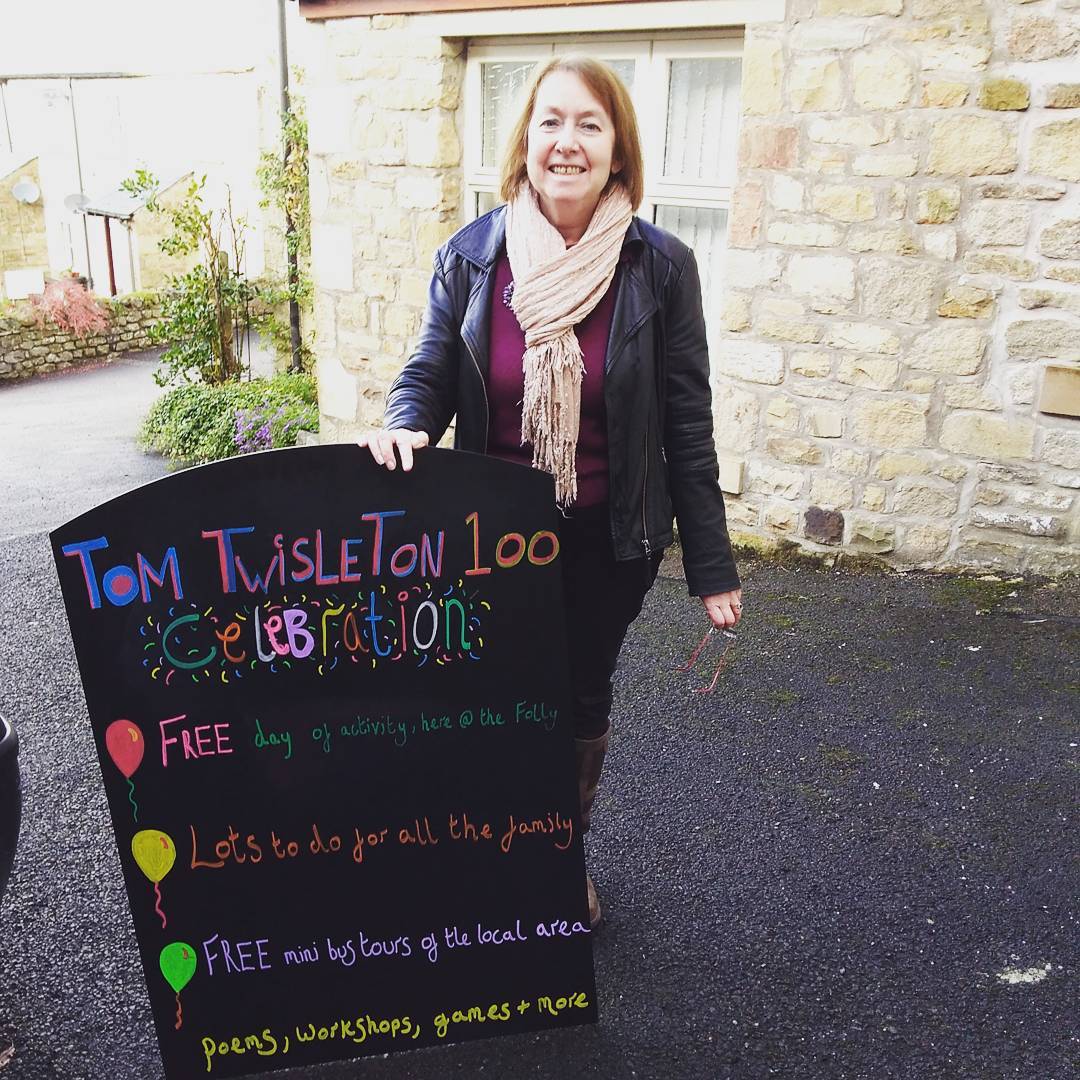 Here at Settle Stories we believe local history matters. It helps us understand who we are, where we come from and who we want to become as people and communities.

That’s why in 2017 thanks to funding fro m the Heritage Lottery Fund, Settle Stories began the ‘Tom Twisleton 100’ project – to engage local people, particularly the younger generation with their local history. The project focused on the life and times of temperance advocate and Craven dialect poet Tom Twisleton.

Tom Twisleton was born on September 4th 1845 and in his early life helped his father in the Temperance League (a non alcohol club). Tom was also a renowned poet but was not educated. This may come as a surprise when we discover how powerful his poetry was. But Tom had his father to help him complete his view and put them down in words in poems.

Hazel Richardson was employed as a Heritage Project Officer by Settle Stories thanks to the funding. Now the project is almost over we caught up with Hazel to find out more about the project before her final (free) project talk about Tom Twisleton at Skipton Library on Thu 31st May.

Q: Why is learning about local history important?

A: It’s funny but most young people probably know more about World War 1 than about the history of their own town or village!  In my view, local history is important for everyone but especially for young people and that’s why the Twisleton project was so good, as it gave them a chance to look at their local area and people with fresh eyes.  Older residents often know so much about what life used to be like, the hardships and the changes so they are a fantastic source of information for younger generations.  It’s important to capture this social history through interviews, filming and recordings so that future generations will know what has happened in the past.

A: Historical events almost always have an impact on local events to some degree.  The Twisleton family, for example were affected by the invention and growth of the railway.  The Boer War and the First World War directly affected local people as many young men went to fight for their country. In Settle, residents were kept informed of major events via the Settle Chronicle which  bought in articles with a national and international theme theme. 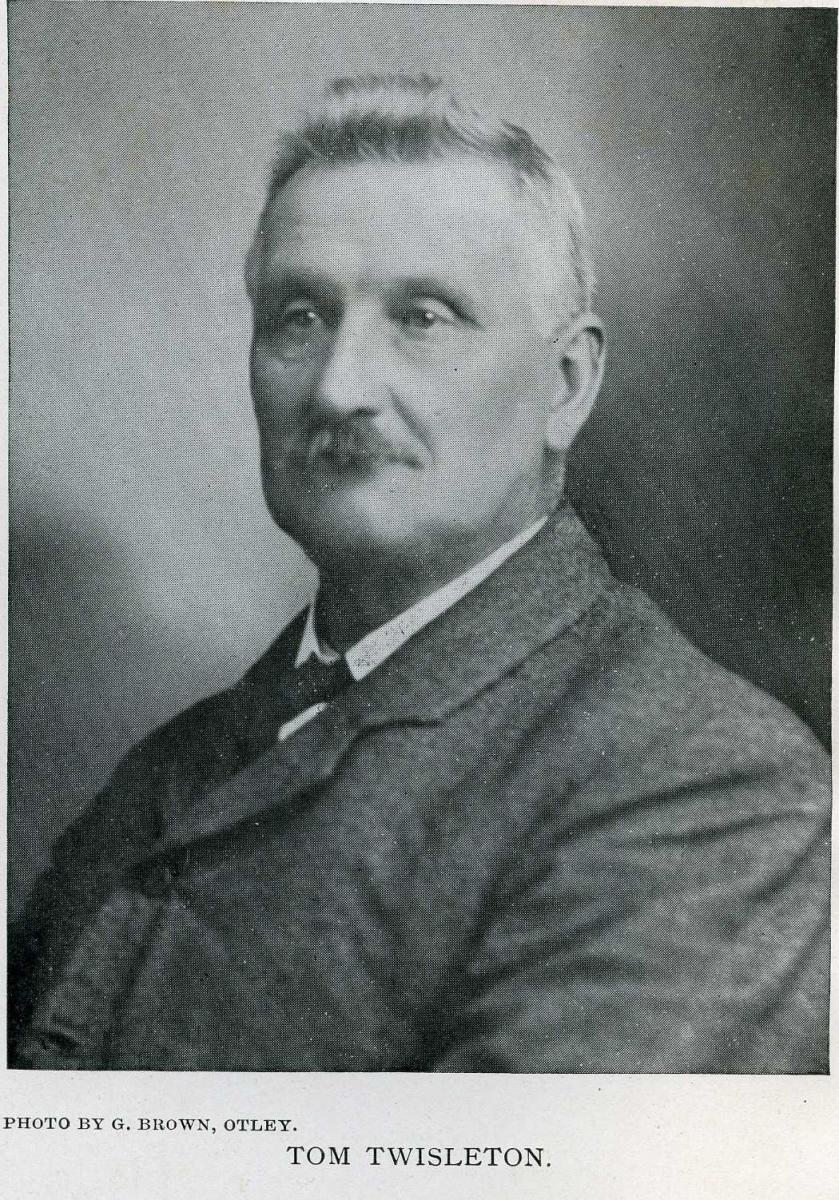 Q: Who is Tom Twisleton?

A: He was a local poet and farmer who wrote in Craven dialect.  He travelled across the county, reciting his poems. The first edition of Tom’s poems were published in 1867 and became very popular with ordinary working people.

A: He was a religious man and he joined the Temperance League like his father. He wrote about social issues of the day in a humorous way, using the dialect spoken by local men and women.  He was a wonderful observer of the Yorkshire folk and challenged hypocrisy wherever he found it. As well as writing poetry, in his early years he farmed on the land and later became a farming agent.  He left Settle, moving eventually to Menston where he died in 1917.

Q: What wider impact did he have on the local area?

A: His writings made him a local celebrity and he often read at “Penny Readings”.  His poetry books were republished and became a firm favourite with many families across Craven. He was a big fan of Rabbie Burns and perhaps wanted a similar epitaph as “Ploughman’s Poet”

Q: Why is learning from history important to change the present?

A: Interesting question!  In terms of local history, I think we can learn a great deal as it helps us to understand how our local town has been built, why the infrastructure is the way it is, and how people lived years ago.  It also helps us to know how the language developed.  It gives a context in which we can look to make improvements in the future.

It is useful to look at issues such as alcoholism and domestic violence from a historical perspective.  We can see then how Tom and his generation dealt with that ie through the Temperance League and social support. While so much has changed, it is interesting and informative to learn from the past.  Perhaps these days we are also concentrating on different addictions, such as on-line gambling or over-use of social media.  I like to think that Tom would have been writing poems about those issues as he had a strong social conscience, an interest in people and a desire to make the world a better place.

Q: What did Tom want to do with his life?

A: Tom seemed to have such a love of the land and was a very keen observer of people that I suspect he was very happy farming and writing! However in one of his poems, “Captain and Mrs H-” he did admit to occasionally having a desire to travel, as his brothers and sons had done.

Q: Where did Tom come from?

A: He was born in 1845 and lived at Upper Winskill farm in Langcliffe.

Q: What did you find out about Tom’s family?

A: The Twisleton family name is an old one.  William of Twisleton held lands below Ingleborough.  There is evidence that a John Twisleton went to London and became Henry VII’s goldsmith in 1488.  More locally, James Twisleton ran a butcher’s shop in Settle in 1822.  In 1832, Twisleton’s Yard in Settle was built for James Twisleton.  In 1842 a member of the family known as “Nanny” Twisleton earned money shovelling snow.  Some of Tom’s sons left England for New Zealand.  Two sons died during the First World War and one of them, Frank, remains a hero in New Zealand.

Q: Which is your favourite poem by Tom?

A: I think it has to be “Lines composed on seeing a woman intoxicated in Settle Streets on Market Day”.  It makes me smile every time I read it!  The description of a woman who had had a few too many and “rock’d, when she walk’d, like a ship in a storm” is wonderful.  I also like “Husband and Wife”, especially when read aloud in dialect.  It is about a couple having an argument as the husband has arrived home after having a few drinks and his wife is not happy!  Husband and wife speak in alternate verses and as usual Tom puts across his message with humour rather than preaching.

To learn more about Tom Twisleton and the work that Hazel and the community did on the project, please click here.

Written by Tom Pickles – A Level Student at Settle College who has volunteered for the Tom Twisleton 100 project over the last year, once a week, every week after school.