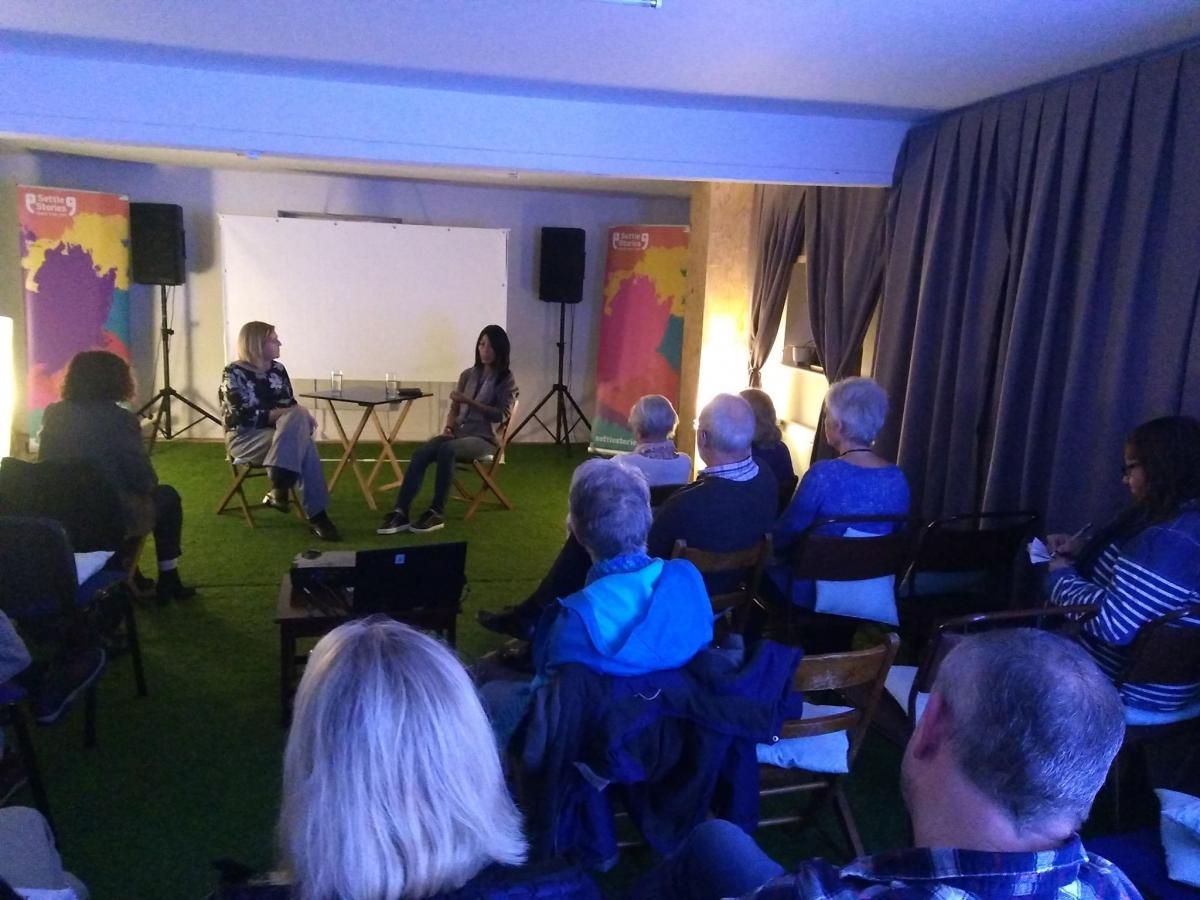 One of the most important functions of Settle Stories as an organisation is to bring stories from around the world to Settle and to share the story of Settle with the world. In bringing the story of Malay artist Ahmad Zakii Anwar to the town they certainly managed to provoke considerable thought about the nature of art and the freedom to express one’s views.

In a community such as Settle it is very easy to take these sorts of freedoms for granted, however this is not the case worldwide and by highlighting these issues it not only increases our world knowledge and hopefully our empathy with others but also increases our appreciation of our own freedom.  As a Muslim artist in Johor Bahru, Malaya, he is aware of the increasing role of fundamentalist Islam in terms of both the religious life and political life of the country and how this impacts on the creativity of artists such as himself.

Always a conservative country, but now increasingly restrictive, his choice of subjects such as nudes and his breaking of other religious taboos have led to his work being controversial and “suspect”. The real strength of the film lay in the fact that it not only allowed the artist to speak freely about his own philosophy and hopes but also allowed his work to speak for itself, with careful shots of his canvases contrasting with the stark extracts from news reports showing the move towards a restrictive state operating Sharia Law. That said, it is important to realise that the documentary was non in any respect “anti-Islam”, but was simply giving an opportunity for an artist to explain how creativity can be born out of the need to rebel ie against the state or religion but must also have a direction and a focus for its rebellion.  The most telling point is in the concluding sentence where he explains his hope that his children will be both “good Muslims” but also “men of the world” – and it is the ability to strike that balance and feel empathy for other cultures which shapes his view.

Films such as this also help us to understand how other cultures function and so help us to achieve that empathy also, and this was again picked up in the question and answer session which followed the showing of the film. Director Jin-Theng Craven provided a fascinating insight into the way in which cultural perceptions can shape how we react to art,  for example in Western culture the nude is revered as an art form in other cultures it is seen as pornographic and taboo. While these clashes of viewpoint exist it is hard for cultures to empathise with one another. A fascinating and thought provoking documentary, Edge of Obedience has much to say not just about art but also about how we view ourselves and others.