‹ Back to Our Story

We’re powered by a small team of staff and volunteer Trustees. Find out more about the Settle Stories family below. 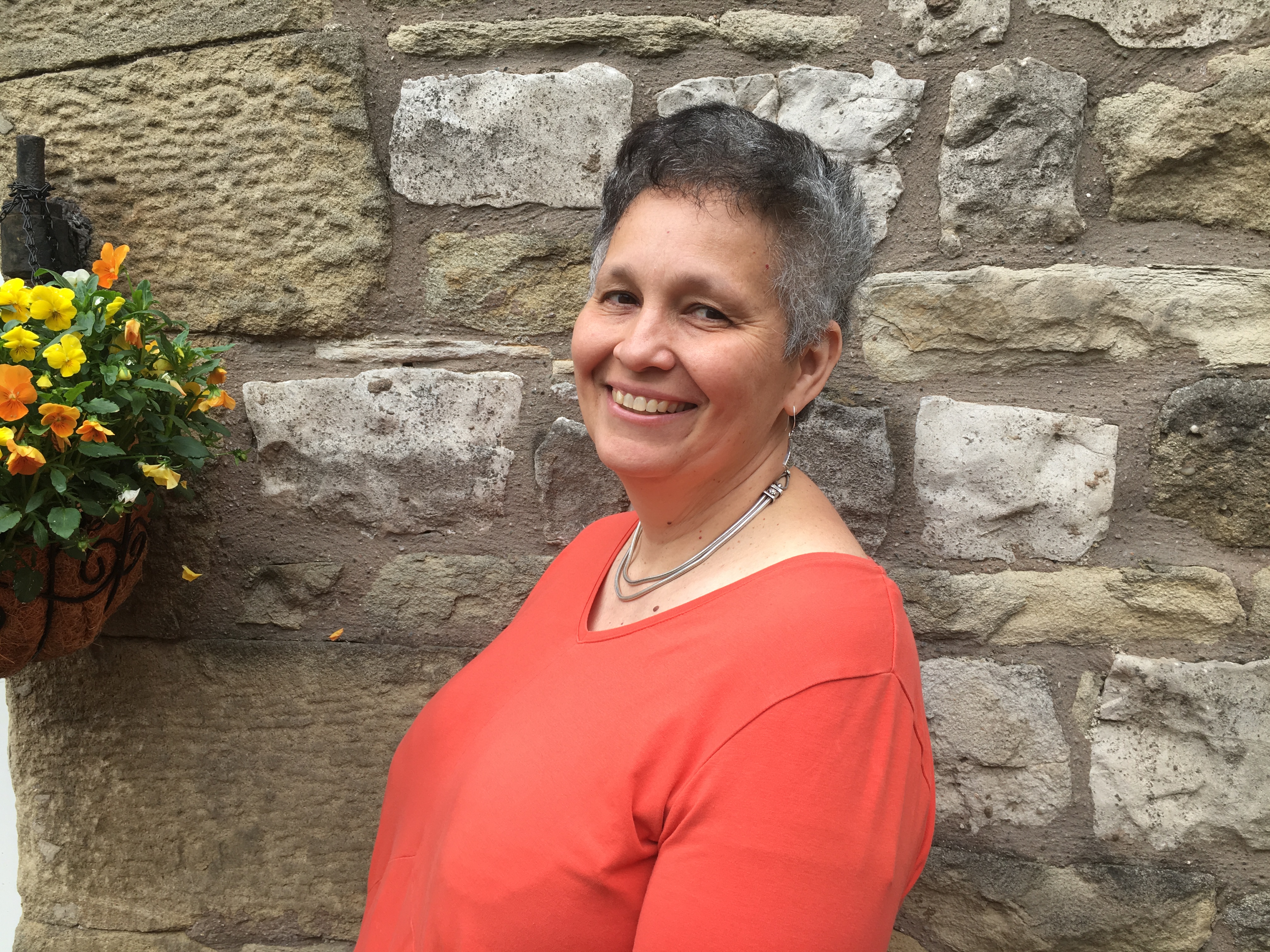 Sita Brand - Artistic Director/CEO Sita studied Drama at University. She came to Settle following an extensive career in the arts and founded Settle Stories in 2010. Sita is passionate about traditional myths and folktales and exploring how we can use new technology to share them with wider audiences. Sita is a teacher of mindfulness and meditation and brings this to Settle Stories through retreats. Her favorite story as a child was Rapunzel. She dyed her hair once in an effort to have long golden hair. But that’s another story. Sita also works as a performance storyteller, a Buddhist Chaplain and is a Trustee at the York Museums Trust. 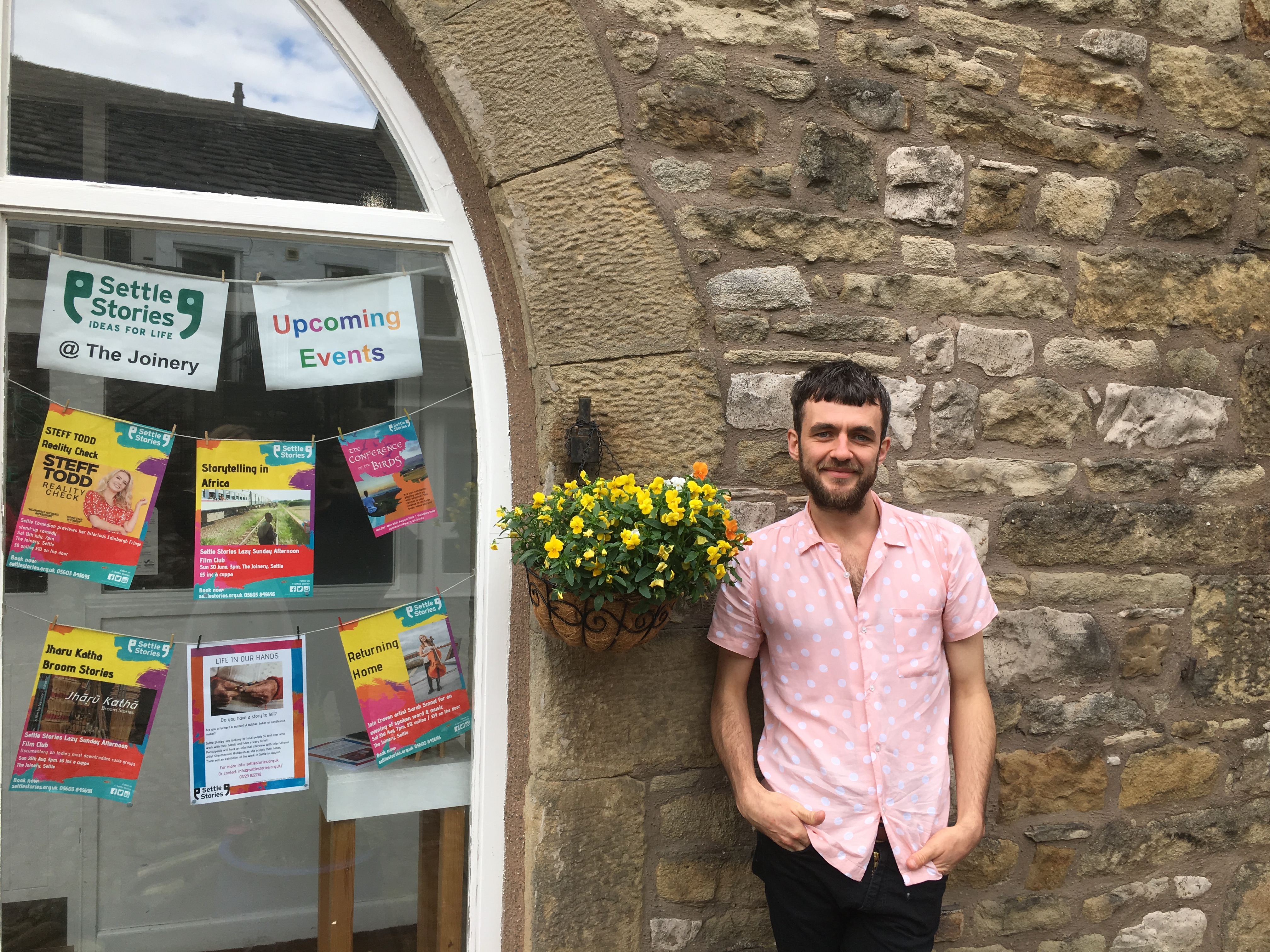 After a 1st class degree in Drama and Performance, Charles returned to Settle passionate about making great art happen in his rural community. 6 years later, Charles is enjoying challenging perceptions of rural art and engaging new audiences. His highlights have included programming a 50 ft inflatable whale in Settle Market Place and transforming a heritage phone box into the world's first Listening Gallery. His favorite book is The Outrun by Amy Liptrot, he is inspired by how a landscape can develop personal growth. Charles also works as a Youth Worker for North Yorkshire Youth and is a Trustee at the Dukes Theatre, Lancaster. 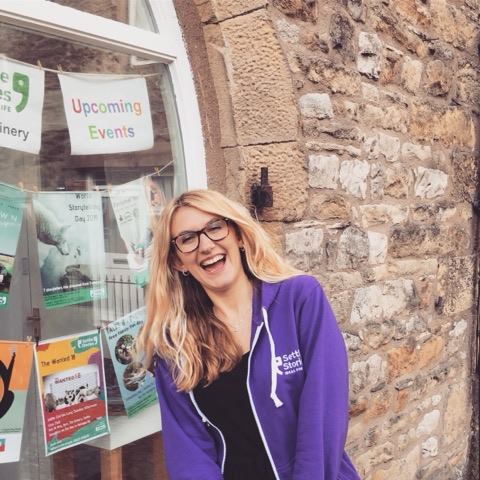 New to the Yorkshire Dales, Jessica is enjoying her first career in the arts with Settle Stories. She has an unbeatable sales record, having worked as an estate agent in Leeds after finishing her Drama degree at Manchester University. She wrote her dissertation on storytelling and is a firm believer in the power of storytelling and the arts. Her favourite novel is The Great Gatsby by Scott Fitzgerald as she loves how one man’s story tells the story of the wider society that surrounds him. Jessica is an avid reader and has starred in numerous am-dram productions throughout her life. She loves writing fiction and practising yoga. 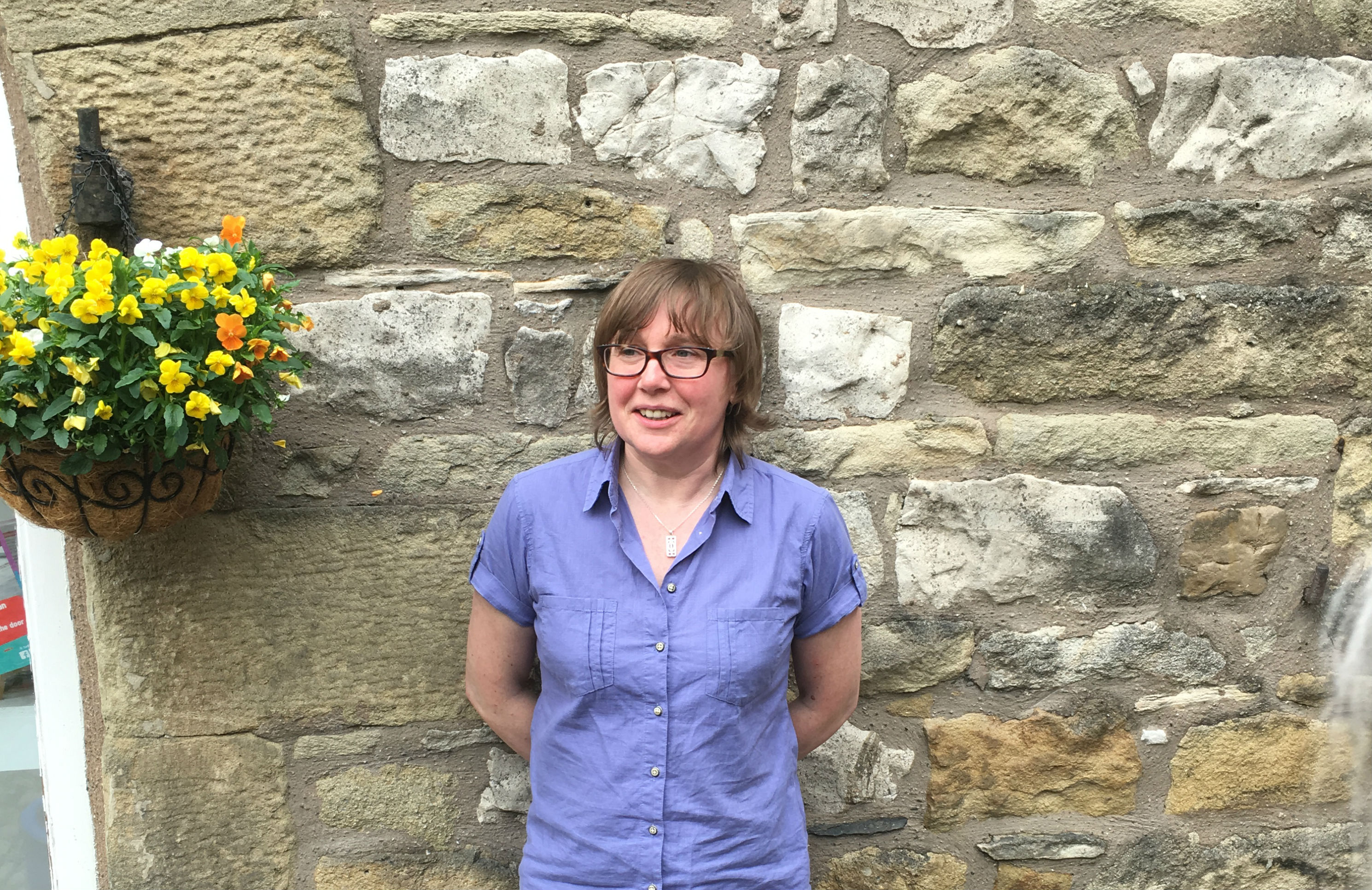 After gaining a PhD in Molecular Biology, Gillian moved to the Dales and retrained in accountancy. She now works for several charitable organisations including Settle Stories and loves the variety that brings. Gillian's favourite book is The Wasp Factory by Ian Banks, a story that made a big impression. She enjoys walking and cycling and has even tried her hand at rugby....before she broke it! 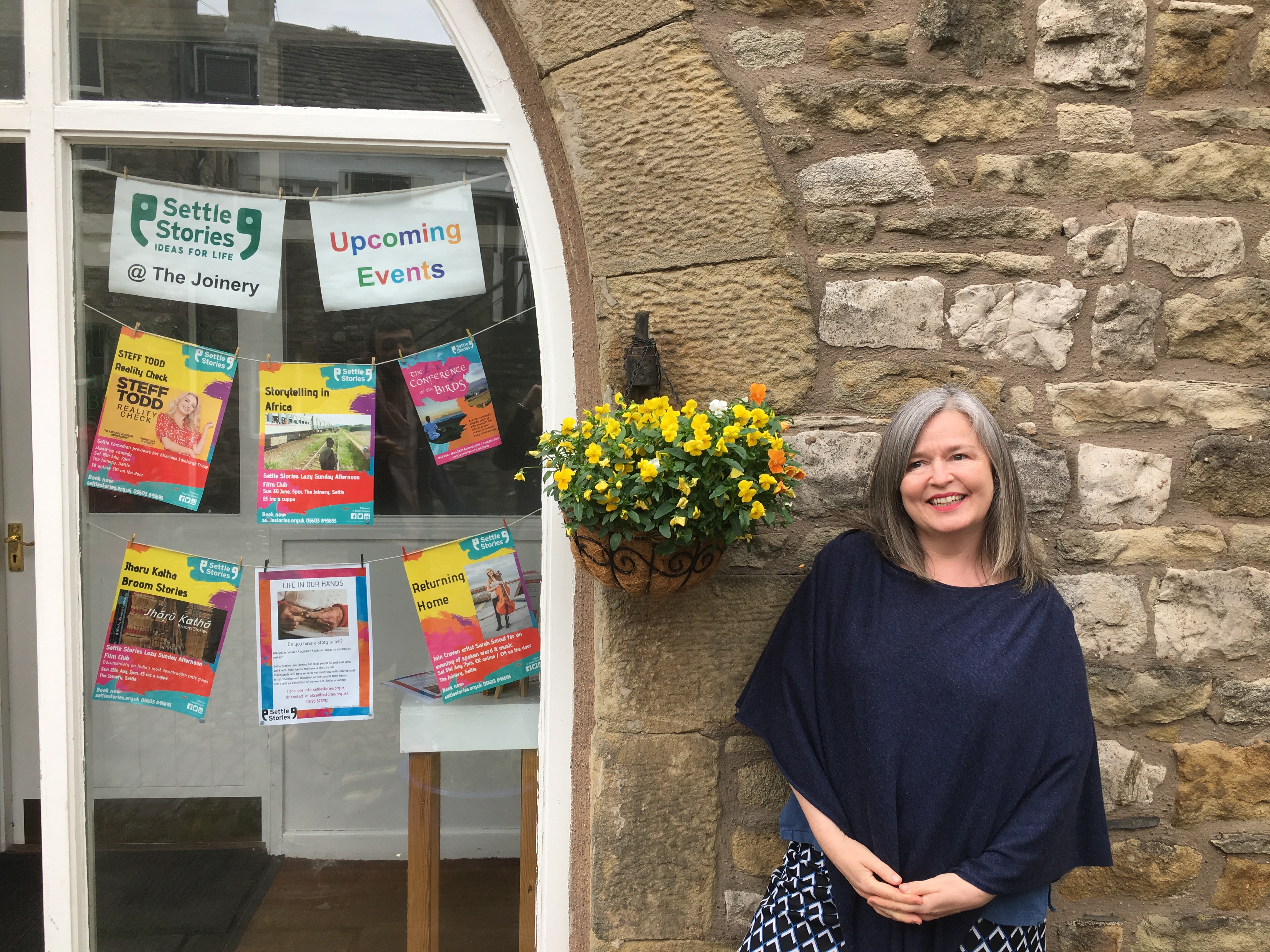 Jayne Davies is a performer, teacher and facilitator. She has an MA in Contemporary Theatre Practice from Lancaster University and has delivered a number of local arts and heritage projects including, The Vault: A Kirkby Lonsdale Story Bank. She is always looking for innovative ways to share stories from the past and agrees with Rudyard Kipling that, “If history were taught in the form of stories, it would never be forgotten.” Jayne’s favourite book as a child was Jane Eyre and she vividly remembers a school trip from inner-city Birmingham to rural Haworth that began a love affair with the literature and landscape of Yorkshire. 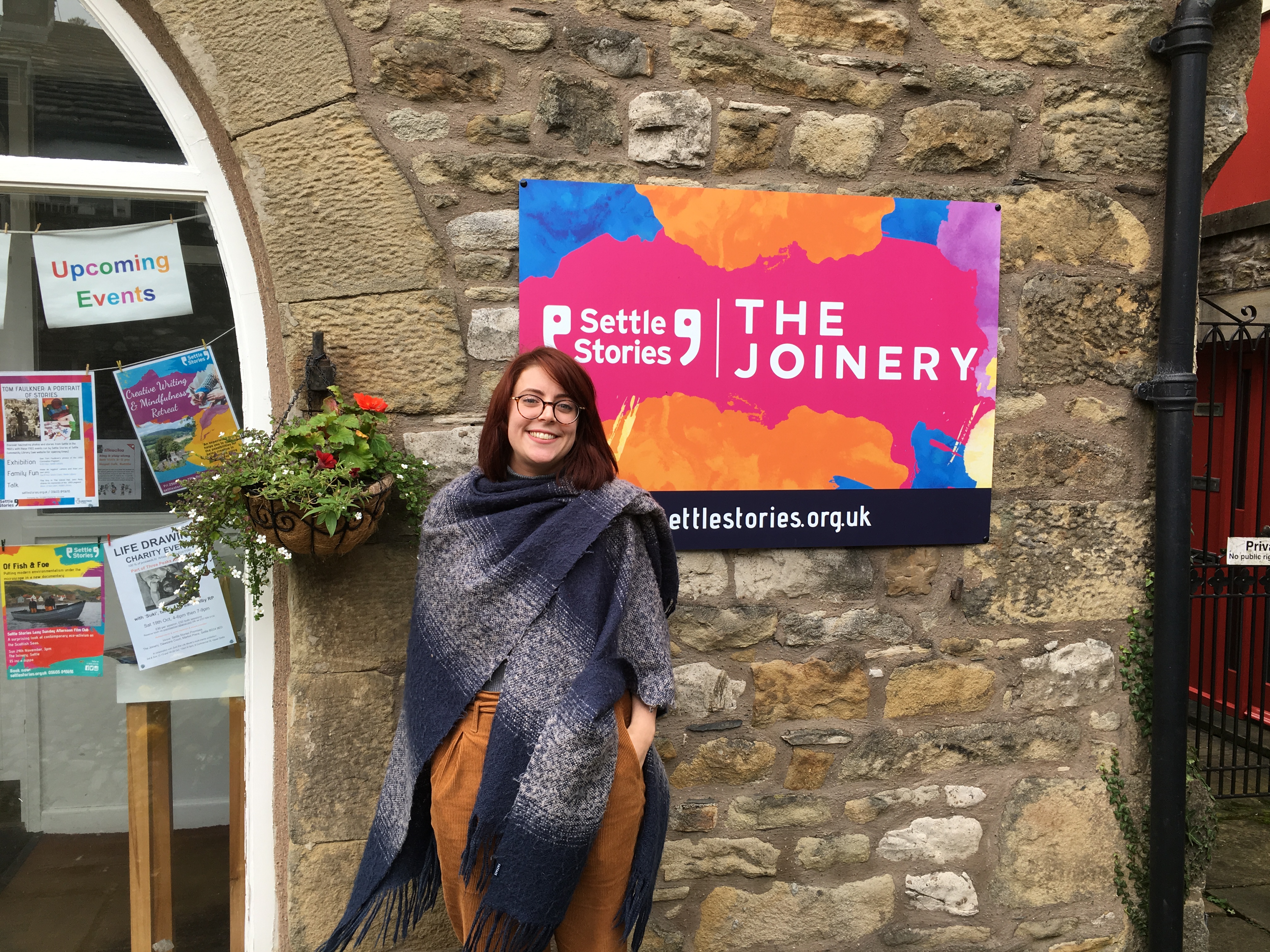 Louise graduated from Lancaster University with a first class degree in Theatre Studies and went on to obtain a Masters in Dramaturgy at the University of Amsterdam. Since then, Louise has been drawn back to the North and is keen to engage and grow with its cultural landscape and is delighted to have the opportunity to do so at Settle Stories. Louise’s favorite book is a toss up between The Unbearable Lightness of Being, By Milan Kundera, and The Unbearable Lightness of Scones, by Alexander McCall Smith. Louise also works as a producer at Making Room, and does freelance producing, workshops and theatre making. This role was made possible thanks to funding from Great Place Lakes & Dales. 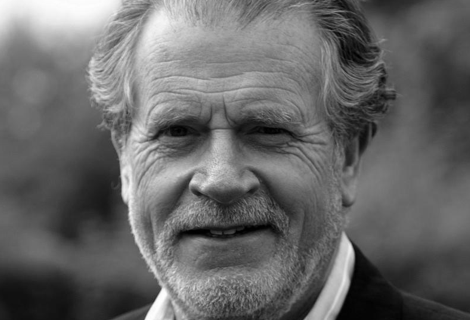 Douglas has had a long career in advertising and marketing eventually running his own company, working with clients internationally. He started life as an advertising copywriter and later in his career published two dark comedic novels set in mid-1960s Yorkshire. Douglas is passionate about the diversity of storytelling, drama and the arts and believes in their power to reach out to audiences across the ages and interest spectrums. Douglas’ favorite story is Catch 22 by Joseh Heller, he loves the anarchic and absurd! Currently, he is the Executive Chair of a micro dwelling and glamping manufacturing business in Harrogate. He also writes and records stories for Radio for the Blind and a local hospital radio service. 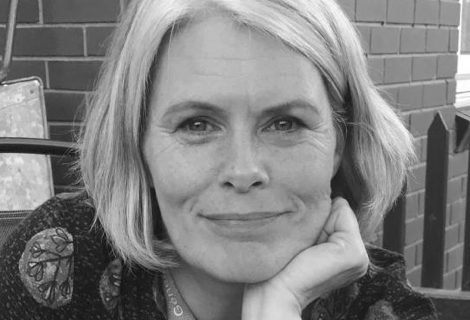 Ann has been working in the creative industries for over 30 years, initially specialising in museum exhibition design, then running her own business. After completing an MA in printmaking she made a shift to the arts. She is now a consultant, and is managing an arts festival for Keighley. Being a trustee for Settle Stories, helping it widen its diversity and influence, is both exciting and rewarding. Ann loves the wild stories of Angela Carter, but as a one off story of passionate tragedy in the brooding Yorkshire landscape, Wuthering Heights by Emily Bronte cannot be beaten. 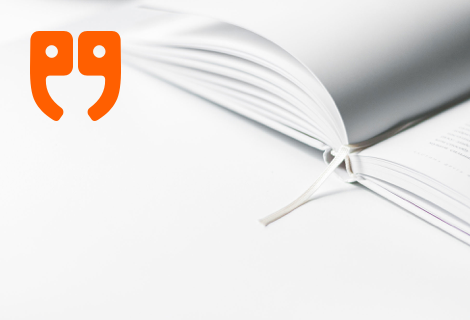 Murray studied chemistry at Edinburgh University, but during his time there became very involved with the University Dramatic Society. This passion led him to be the first Director of Eden Court Theatre in Inverness, followed by roles as General Manager of London’s Mermaid Theatre and latterly Executive Director of Theatre Royal Wakefield, a post he held for 18 years. He is currently Director of the Community Foundation for Wakefield District. Murray believes that everyone should engage in creative thinking, much of which stems from a wide-ranging interest in the written word (allied closely to performance!). He loves detective stories (and particularly those set in Scotland), which he finds enables him to refine his analytical skills to great effect. 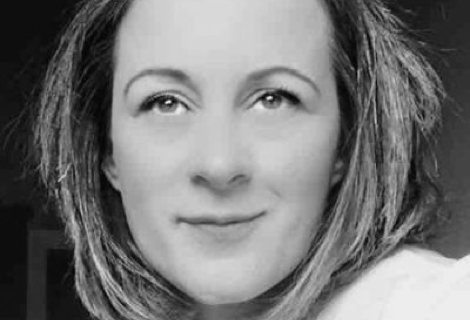 Christine is an economics graduate who joined the board as treasurer in 2015. Christine is fascinated by the science of story - how the human brain can experience imagined narratives as if they were real and in doing so, actually reframes reality and changes our responses to the world around us. Her favourite story changes regularly but at the time of writing is epic tale of Kit Williams’ treasure hunt launched in his book “Masquerade” in 1979. A true story about the race to find a bejewelled golden hare on a moonlit night (a race won by a mysterious man known only as Ken). Christine is Director of group efficiencies and innovation for SSE plc and lives in Long Preston with her daughter and a collection of small, slightly damaged animals. 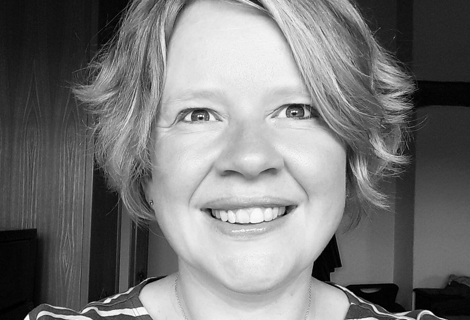 Sara Jane worked as a Paramedic in London before joining the voluntary sector, specialising in support for those with long term disabilities. She became interested in how stories impact our health and well-being and is a great believer in the power of art, story and the natural environment to bring balance to our lives. Sara Jane's favourite stories are found in the poetry of Mary Oliver and the works of Kazuo Ishiguro, with 'Never Let Me Go' a particular favourite. When not working Sara Jane enjoys getting out into the Dales with her 2 dogs and is a keen fell runner and a Sustainability Ambassador for the Kendal Mountain Festival. 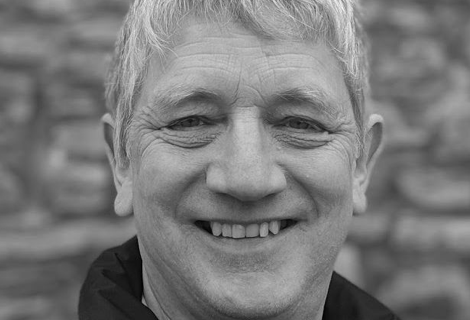 Simon studied Technical Stage Management at LAMDA after which he worked as Stage Manager in regional and touring theatre before founding scenic construction company Stage One Creative Services. Since retiring from Stage One he has worked on a number of high profile events including the 2012 Olympics. My favorite book which I used to read with my daughters is The Very Hungry Caterpillar by Eric Carle - it's the simplicity of it, beautiful graphics and interaction! Simon now works as a freelance advisor in the Live Events Industry. He lives in the Yorkshire Dales and spends as much time in the French Alps where he goes and "Talks" to the mountains to relieve life's day to days stresses. 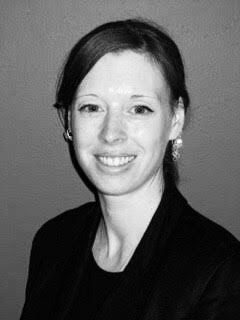 Mary has worked in the charity sector for over 20 years, including as CEO for the literacy charity Springboard for Children and as Director of Service Development for the National Deaf Children’s Society. In 2019 she completed an MA in English Literature at the University of Leeds, exploring how the stories we tell relate to the spaces we inhabit. Having experienced it as a participant, Mary is passionate about sharing the transformational blend of people, places and stories which is unique to Settle Stories. Her own favorite stories are those which break rules, including fiction by Barbara Comyns and Salman Rushdie. When she isn’t reading, Mary enjoys running and walking in the Yorkshire Dales where she lives. 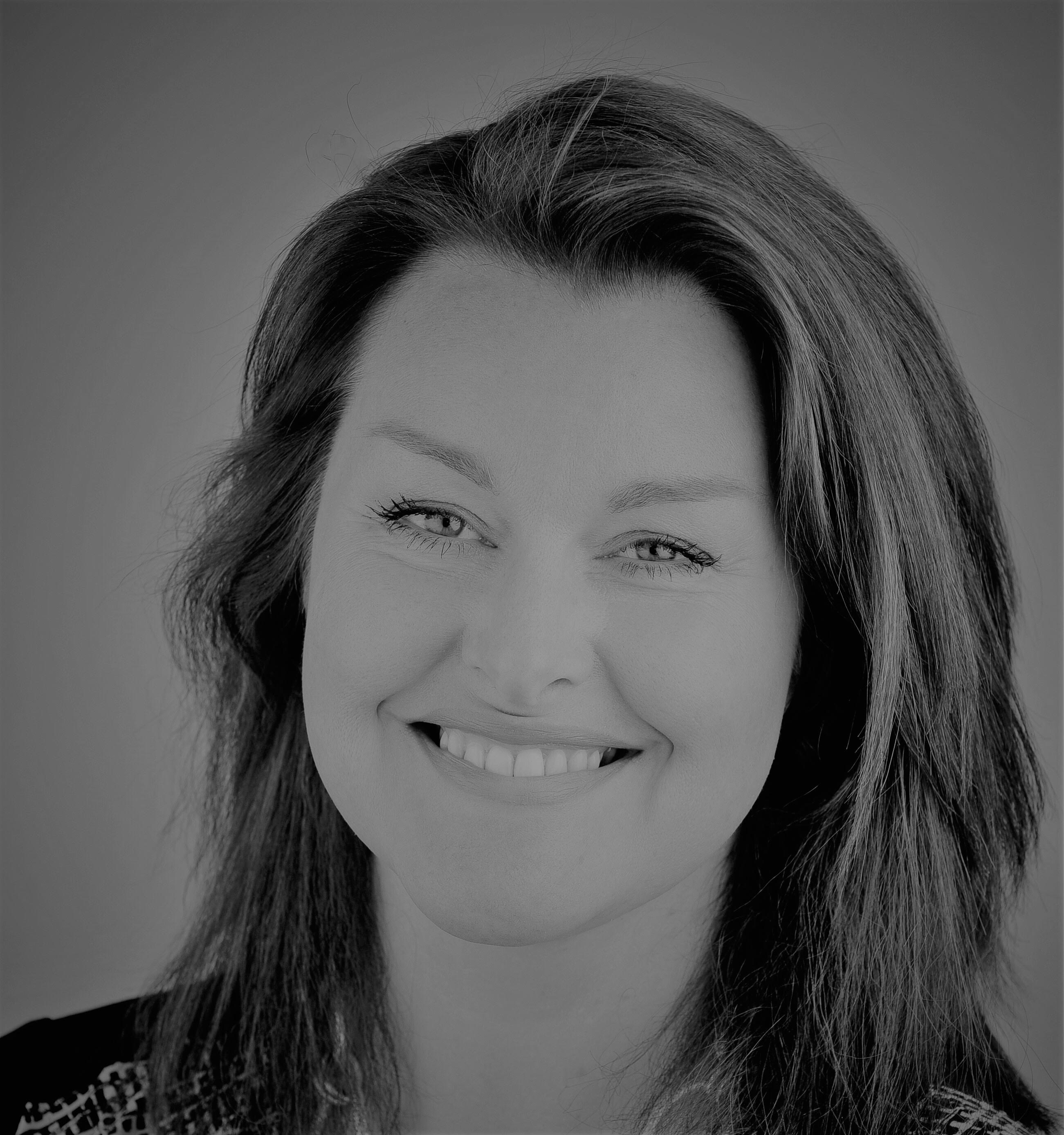 Belinda Eldridge is the Development and Commercial Director at Giggleswick School. Previously a Director at the Yorkshire Sculpture Park for five years, Belinda has extensive commercial and income-generating experience in the arts. Impassioned about the ability to express yourself through performing arts and story-telling, she is a great advocate of creative practices including mindfulness and art therapy. An avid reader of historical-based fiction and autobiographies, she enjoys nothing more than curling up on the sofa in front of the fire after a walk with her dog and family in the Yorkshire Dales on a lazy Sunday afternoon.

To become a Trustee, contact us for more information.

Become a Changemaker member today. Members also receive 50% off all our events. Get in touch for a members form or call Charles on 01729 822292.