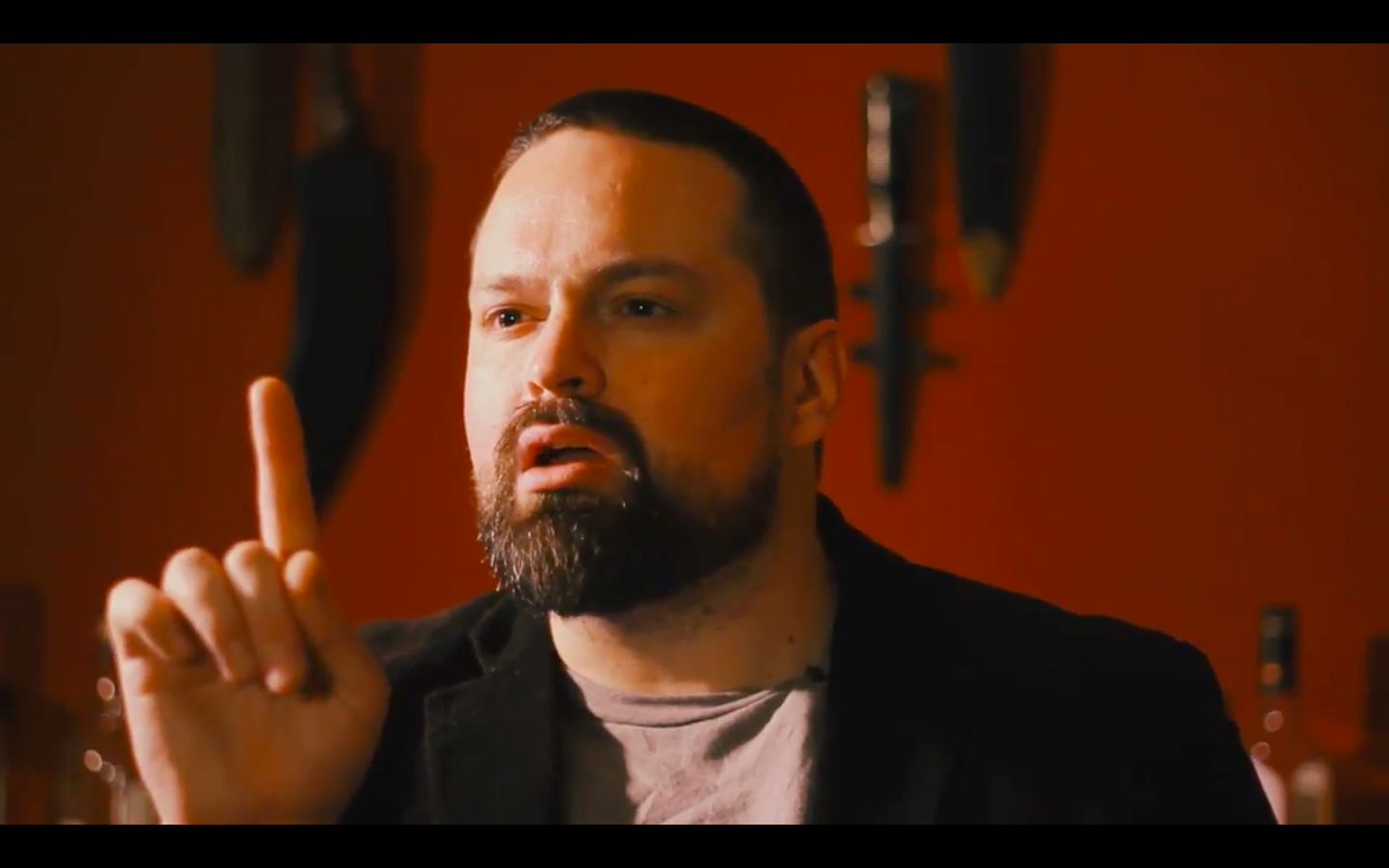 NO ONE PUTS MERLIN IN THE CORNER

Once and Future King tells the Arthurian legends like you’ve never known before, from the real force behind King Arthur: our very own immortal, alcoholic wizard- Merlin.

On Sunday 2nd August from 7:00 pm – 8:00 pm, we are lucky enough to be showing a live performance of Once and Future King. It’s a fabulously inventive, rip-roaring one-man show both performed and written by the next biggest thing in storytelling- Jon Buckeridge– a man of many faces, and guaranteed to bring many laughs. You can watch it for free as part of Yorkshire Festival of Story so grab your spot here.

We managed to catch hold of Jon for not only a sneak peak into his unmissable show but we also found out the inspiration behind his unique retelling of Great Britain’s ultimate legend.

Could you tell us what lured you into retelling historical myths and legends, and what is particularly exciting for you about the character of Merlin?

That’s a great question.  I think I’ve always been interested in a good story, and when I was a child I went through various phases of being fascinated with myths and legends, and raiding my local library for books about them, but it always felt like the stories were a bit distant; they were Greek heroes, or Norse legends, or Roman myths, but nothing I felt culturally attached to in a tangible way.  When I was 11 we moved to the Welsh borderlands, and I was suddenly in a region with a massive history of battles, borders and bravery, and a culture that was much more in touch with its history and its stories.  Gradually I found out that Britain has a thousand, thousand myths, legends and stories to tell from all across the ages, and some of them are absolute belters!  From there, I was hooked and I never looked back.

Merlin is one of the ultimate legends; a really big hitter!  I think people tend to put him into the background as a supporting character in Arthur’s story, but for me he’s the driving force behind it all and the power behind the throne.  I think it’s fair to say my take on him is pretty unique, but the Merlin I’ve brought to the stage is interestingly layered, endearingly mischievous and roguishly charming. He’s definitely got a story worth hearing. 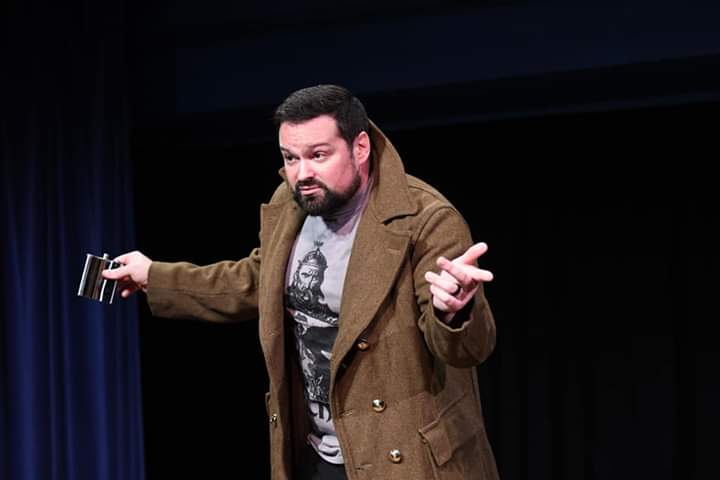 What inspired you into creating one-man multi-character shows?

I’m a strong believer that everyone should have access to the arts.  I trained as an actor, and spent 15 years working professionally in various companies and styles.  I thought I wanted to be in huge-scale, big-budget performances at giant theatres (and to be honest I still really enjoy seeing shows like that), but when I got to that stage I started to get very frustrated with how inaccessible that was to lots of people.  Some couldn’t afford to see a production of that scale, some people live in areas that are too remote to get to see a performance like that, and some people are a bit put off by the pomp and theatricality of it.  So about 6 years ago I decided to create pieces that were small and versatile and could go pretty-much anywhere.  The idea was that everything could fit in the back of a hatchback, and be performed in the back of a pub.  Then I went and fell in love with it!  With this stripped-back storytelling-style there’s a sense of connection with an audience that you don’t get in other performance disciplines.  There’s no barriers in the way of them getting completely absorbed in the piece, and as long as I’m passionate about the story and fully involved in it, so will they be. 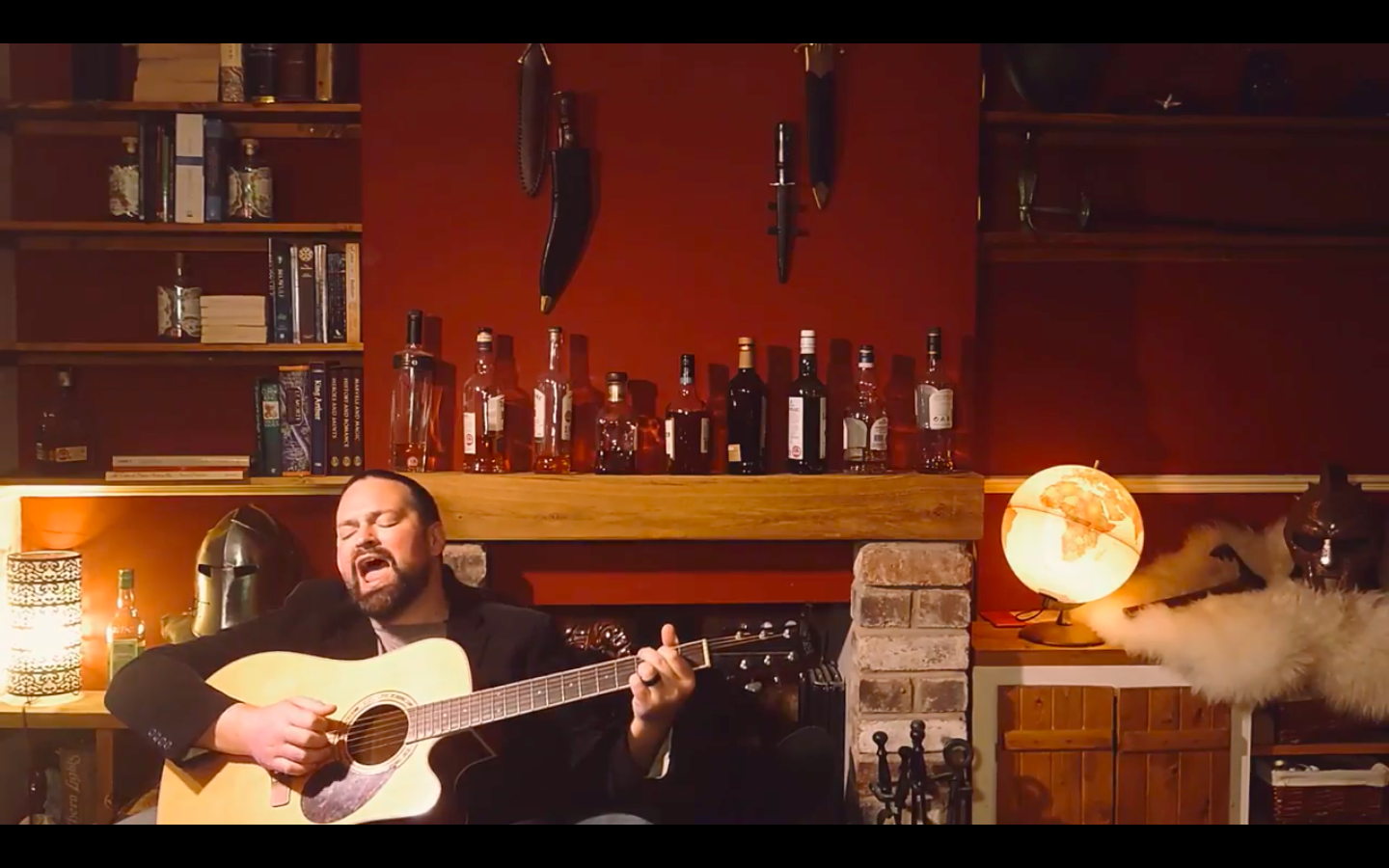 Could you give us a sneak preview into Once and Future King?

Well I wouldn’t want to spoil it for anyone, though I’m fairly convinced most people at least know the vague shape of the story.  Of course, the Arthurian myths are the ultimate British legends; if you take those tales on, you’re picking up some serious stories that have been told millions of times over thousands of years, and have influenced the lives of countless people.  If I’m honest I was actually too nervous to approach them for about 5 years, once I started my storytelling career, and I felt a bit like I was stepping on hallowed ground.  How on earth do you actually contribute something new and interesting to the conversation? It was only through an idle half-thought over a cup of coffee, about how Merlin must have felt after Arthur’s fall – as the man who helped him take the throne – that I found my key to unlock the story.  This was suddenly really interesting.  What about the man behind the throne?  Who was he?  What were his driving desires, underneath the myth and magic?  What would he be now?  Flash forward through about a year of research, several books, novels and essays read, and a few academics consulted, and here we are.

If you could tell one forgotten myth or legend to the country right now- what would it be, and why? 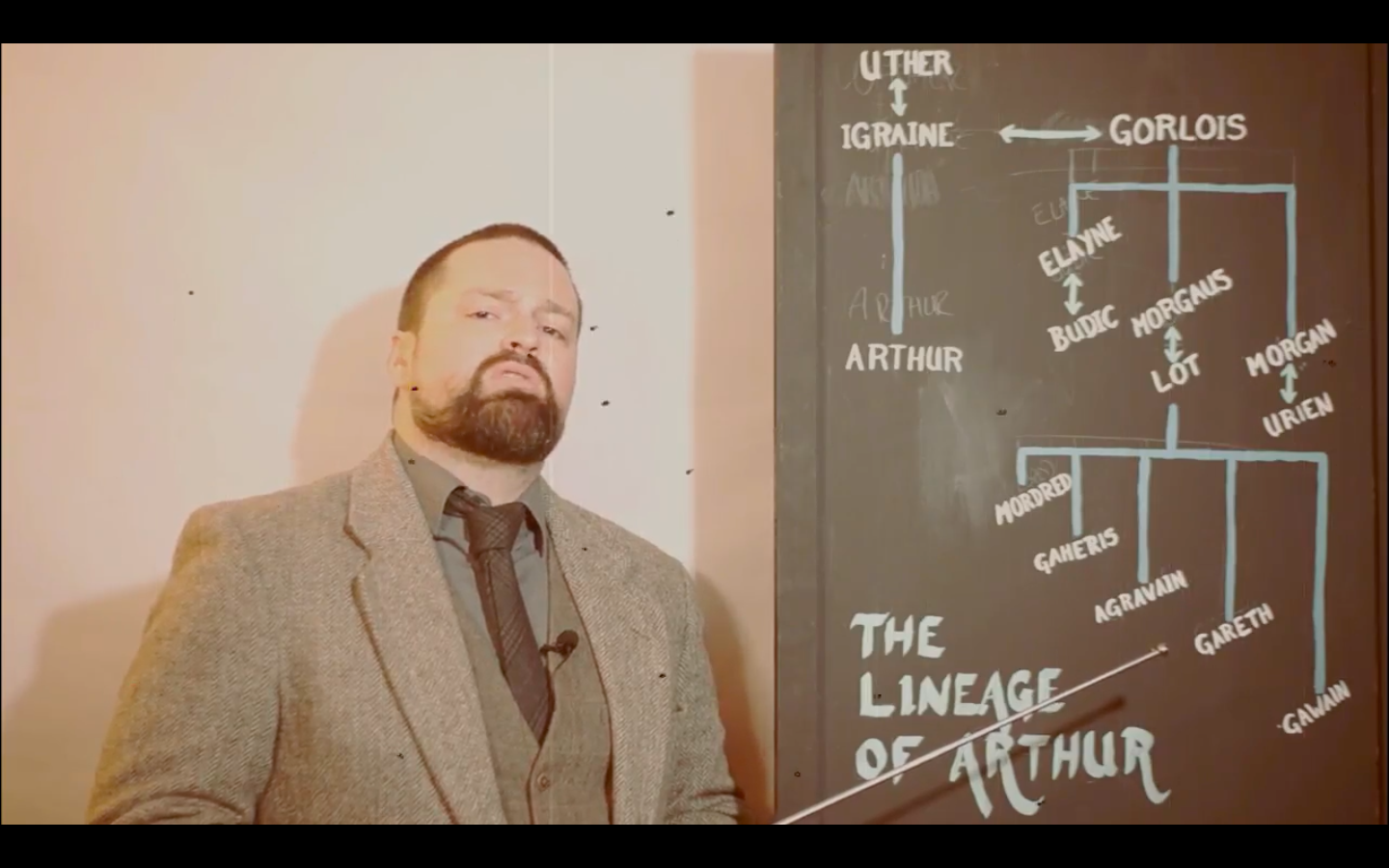 A story that always sticks with me is the story of stone soup, where a traveller comes to an unfriendly town and asks for water to make his famous stone soup.  The townsfolk are mean and stingy, and unwilling to share, but gradually their curiosity leads them to ask what he’s up to, and he tells them he’s making his famous stone soup, but it can always be made better with an onion, or some vegetables, or a few pieces of meat.  Gradually the townsfolk delve into their larders and donate a small piece for the pot, and the traveller boils up a huge broth for the whole town to share.  Eventually the closed-hearted, shut-up townsfolk are all brought together in the town square, sharing soup and songs and stories, and wondering why they ever kept their doors shut up so tight in the first place.  Without them even noticing the traveller has moved on to the next town.  His work there is done.

It’s a simple story, in many ways, but the message of openness, kindness and generosity creating something that benefits everyone is a lesson that goes a long way.

Can you sum up Once and Future King in 5 words?

BOOK YOUR FREE PLACE ON ONCE AND FUTURE KING HERE

1960’s in a Yorkshire Dales classroom