From Giggleswick to Uganda: Q & A with Thomas Lewton

On Sunday 30th June 2019 we screened Storytelling in Africa: Changing the News Narrative. It is a presentation of short films by local lad turned professional filmmaker Thomas Lewton.

Thomas grew up in Giggleswick and went to Settle College. Now living in Uganda, he uses the art of film to challenge the Western media’s often negative portrayal of Africa. In this presentation of films, we learn about the male feminists in Uganda’s police force, follow the campaigners for marijuana legalisation and explore the vast new radio telescope system which is stirring up a complex history.

The screening is followed by a live-streamed Q & A with Thomas. I caught up with him prior to the screening to find out more about his life as a filmmaker and his travels around the world.

How did you life as a filmmaker begin?

I volunteered at Sheffield Doc Fest a few years ago, and got a jammy role where I mostly watched documentaries all day, all week for free. Some of them, like the Act of Killing, really moved me, and it made me realise the value of documentary as a medium. And so I bought a cheap DSLR and had a go. And slowly, through many bad ideas and failed projects, I got better at making films.

Is being a northern artist important to you? And how so?

To be honest, for a long time it wasn’t. As a teenager I wanted to get away from Giggleswick and Settle— that small town boy. I went to a posh uni and even lost my northern accent! But the more time I’ve spent away from the UK and surrounded by other cultures, the more I’ve looked back to my own roots in Settle, its strong sense of community and the unique Dales’ landscape. My northern accent’s even creeping back.

What inspires you most creatively?

Meeting people who change your worldview, and who you’re drawn to— they make the story.

You’ve travelled the world as a filmmaker and journalist. Which is the most interesting place you’ve been?

The Karoo, where ‘This is not a desert’ was filmed. This incredible wide-open semi-desert landscape, where they’re building the world’s biggest telescope, and it’s led to conflict with sheep farmers in the area. But the more people I spoke to, the more complicated the story became— who does the land really belong to? What does it mean to call somewhere home? This tiny town in the middle of nowhere has become this stage for big questions about cosmology and colonialism.

Where do you hope to travel next with your career?

I’d like to go back to Ethiopia. It has the most authentic cultures of anywhere I’ve been, it’s totally it’s own place— a rare thing in an increasingly globalised world. But things are beginning to change rapidly, and in the dust that’s kicked up there’s lots to learn. But you don’t have to travel to find stories, there’s plenty happening on your doorstep if you look closely.

What were the barriers and challenges that arose when filming the shorts for Storytelling in Africa?

There are difficulties with getting funding, negotiating access to places, finding contributors— barriers which are similar across the arts. But I think what I struggle with most in documentary is whether I’ve portrayed people fairly. You have a responsibility to do that, yet the issues and ideas you explore can be messy— different people have different values and points of view. You have to be aware of your own privileges too, especially as a white person working in sub-Saharan Africa, and make sure you’re treating people with respect and platforming their voice rather than your own. 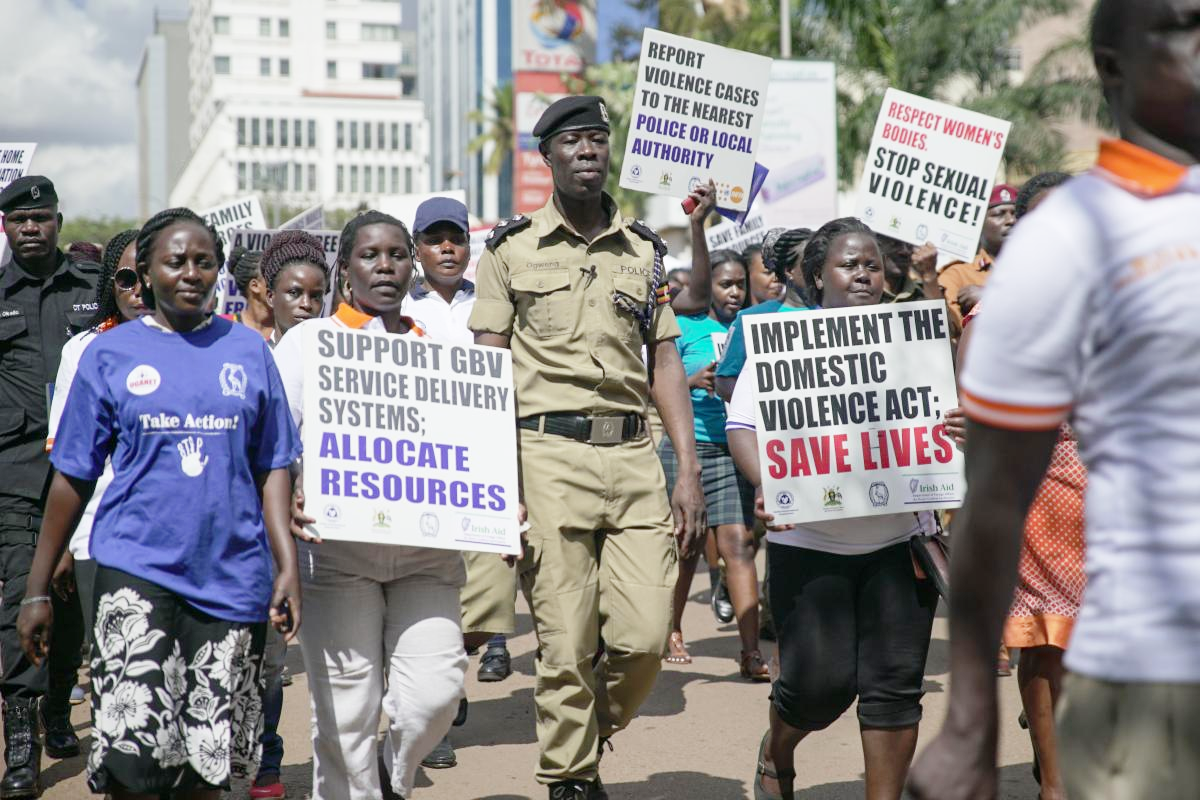 Of all the film shorts in this presentation, which are you most proud of and why?

The story about a spate of murders of women in Kampala, Uganda and a feminist police activist called Francis. As a result of the film his profile has been raised, and that gives him more power to continue his work. The Uganda Police are very far from a feminist organisation, but Francis is a good egg and so I’m happy to see the film continue to have an impact.

What do you hope to communicate through Storytelling in Africa: Changing the News Narrative?

That mainstream media narratives can often be one-dimensional. Africa is often lumped together as though it’s a single country, with every corner plagued by war and poverty, or else it’s an exotic playground for white people to go on safari (Binyavanga Wainaina, a Kenyan writer and activist who died in May, puts it much better than me). These narratives are the direct result of our own country’s history and its ideologies, and so there’s a responsibility to be aware of this, and try not to fall into the same lazy stereotypes.

Our Oldest Allies – Stories of Trees. In conversation with Jonathan Drori