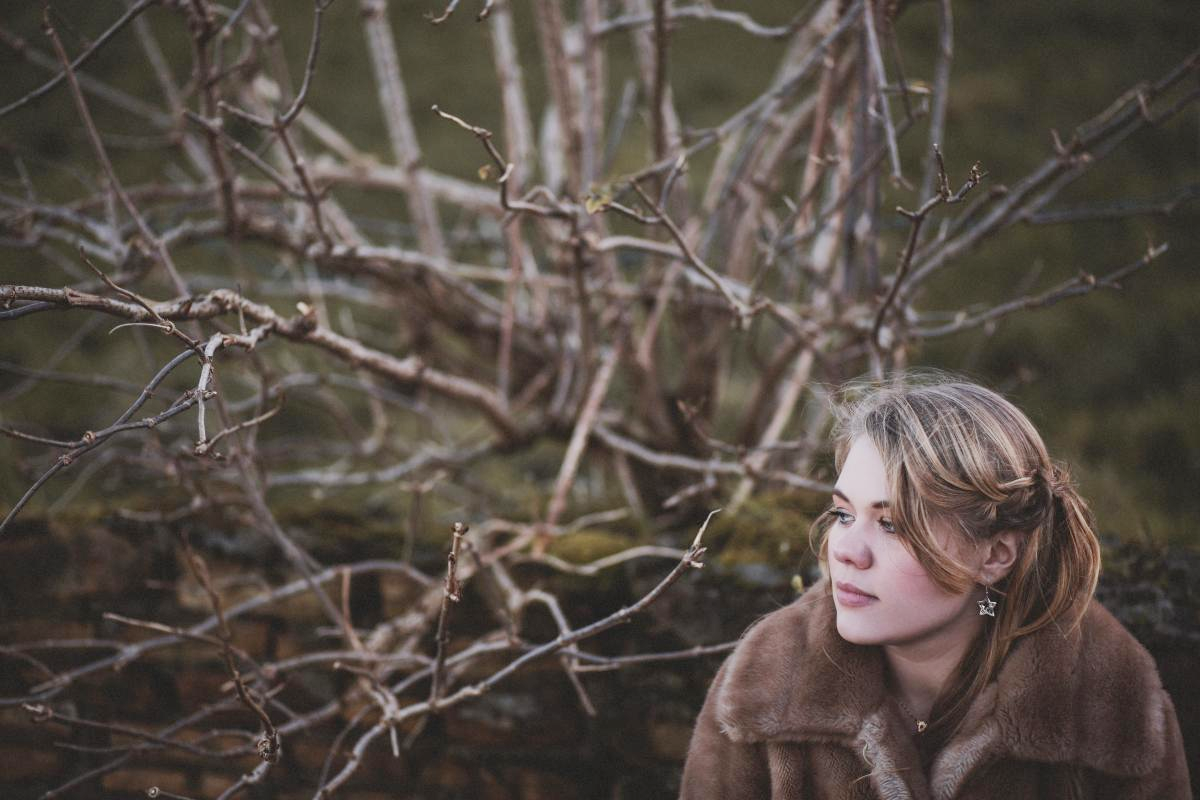 Sarah performed at The Joinery in late August. Sarah is a young, local artist from Craven. She performs around the world but rarely on home turf. We caught up with her to find out more about her and what we could expect from the show.

What came first your love of words or the cello?

I’ve always enjoyed writing; as a child I wrote stories and poems constantly – about animals mainly! It wasn’t until the age of 9 that I took up the cello. And then it wasn’t until my early twenties, after I had finished my creative writing course at UEA, that I began combining my poetry and cello to write songs. That was a really nice feeling, the two parts of my creative soul converging.

How do you usually compose your performance, does the music come first or the words then the music?

It varies from piece to piece. It depends if an idea sparks my interest, or whether a melodic idea comes from just sitting and playing. Often if the melody comes first, lyrics will just appear from somewhere, and I’ll start writing a song I didn’t know I needed to write. Of course, there’s plenty of dud stuff that comes out in that process too, but it’s all part of it.

What can Iceland, Orkney, Shetland and the Faroes teach us about climate change and what lessons can we learn good or bad from your journey?

There really is no short answer to this question! But one thing that was impossible not to observe is how connected those communities are to their environment. Being an isolated island, many traditions and ways of life are still carried out similarly, or celebrated earnestly, to how they were centuries ago. This awareness of the natural world, of older rhythms of life, and the interdependence that goes with them, is something that teaches us to be careful about how much we take and give back. Sometimes the ferries don’t run, and that teaches you to be resourceful with your food. Often in the winter, the weather means you don’t really go outside, and that teaches you to be resourceful with everything. It also makes you feel small, which I think is a good thing. That’s not to say that they have it all figured out, but there’s a proximity to nature that can be hard to retrieve in a lot of modern day life, and this is in part why we took this journey – so that we could also feel a connection between these islands, the gradual change in the landscape, the stories intertwined in their histories. I think the slower you can explore a place, the more connected you become, and the more insight you have into your relationship with it.

However, some Faroese and Icelandic traditions like puffin and whale hunting seem out-dated and against the conservationist culture of much of the UK, but it just goes to show how much a part of their identity the wildlife is. We can’t arrive there and say it’s wrong, but we can open dialogues and questions, especially now we have the information about threatened species, climate change and the intelligence of these animals. The sea-bird populations are in rapid decline, and that tells us a lot about the health of the ocean, and a lot about the rate at which climate change is affecting life.

What do you miss most about home when you are travelling? Particular memorable moments on the journey?

Aside from people, obviously, I think I miss my fridge the most. I’m vegan and that means always carrying a few emergency snacks around with me. It’s not that practical.

A particularly memorable moment was setting sail from Scalloway on the yacht, Tess Bess, at 4am with 5 other people we had only just met, on our mission to get to the Faroes. It was a pivotal moment in the journey, leaving Scotland and setting out towards the unfamiliar, cutting ties with the land and phone signal, and not having any idea of what lay ahead, except lots and lots of sea.

Your first deep connection with the landscape?

I think I’ve always had some kind of deep connection with the landscape – it’s not something I set out to seek, because I’ve grown up that way. It’s just who I am, I suppose.

A landscape on your wish list for future travels and why?

I’ve been obsessed with the Arctic for a while now. I manage to sneak Polar Bears into many of my songs and I even went on a disastrous Polar Training Course in Norway. I’d love to get North of the Arctic Circle. It’s one of the toughest places to live on earth, and what happens there affects the climate in the rest of the world. Now it’s in a seriously fragile way, and that deeply saddens me. I just need to find a boat that will take me there…

A flavour of one of your favourite stories that you gathered from the islanders that you will weave into your performance?

We met a man called John Budge on Hoy, where we played in Orkney. He has always lived there, and sang us a song called Rackwick Bay, which is a about leaving the island and a love behind, the landscape and emotion so richly intertwined. It was an impromptu session with a few locals after our gig and I felt really lucky to be gifted this song from him. I am working on a version that explores what it would be like for the person in the song to return and see Hoy as it is now.

How do you see the environment changing in the next 20 years?

I am frightened by what I see. I think there’s a slim chance that we can turn things around to have the least amount of chaos, but it’s such an urgent issue that the government has to put a plan in place to deal with it now. I really hope I will see vast areas of re-wilding, species re-introduction, and renewable energy powering the world. Before that happens, I fear that more people and animals will feel the effects of climate change on a serious level; floods, fires, starvation and mass-migration.