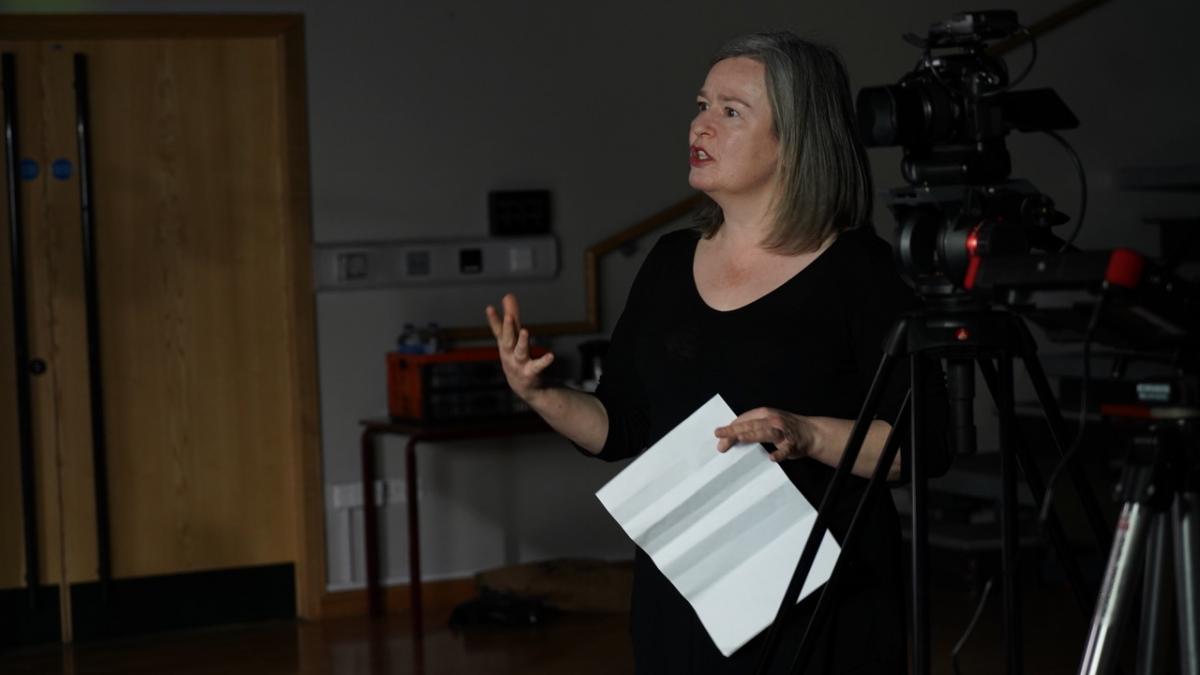 What with lockdown, everything pre the past 3 months seems a million years ago doesn’t it? But it was only back in 2019 when Settle Stories got funding from the National Lottery Heritage Fund and took on Jayne Davies to project manage our Tom Faulkner: A Portrait of Stories project.

We caught up with Jayne at the beginning of the project (read more here) as we approach Yorkshire Festival of Story, which will showcase lot’s of Jayne’s work we caught up with her again to find out how the project has progressed. Here she expands on the background of the project, explains how it is developing and gives us an insight into what delights are in store for us at the creatively reimagined digital Yorkshire Festival of Story from 1st-31st August 2020.

What first inspired you to bring Tom Faulkner’s stories to the foreground?

I was hired to run the Tom Faulkner project after funding had already been secured, but the original idea for the project came from Settle Stories’ Young People’s Advisory Group in 2018. This group had been working with Settle Stories on various projects and identified photography and local history as areas of interest: ‘We are interested to see how Settle looked in the mid-late 1900s as well what inspired Tom Faulkner…. This project won’t just inspire people but encourage them to explore the local area and become more involved in photography.’

What kind of responses have you had from the young people working on the Tom Faulkner-A Portrait of Stories project?

As often happens with these things, many of the original YPAG had moved on to other ventures by the time the project started but they were absolutely right in thinking that in this age of Snapchat and Instagram young people would want to explore photography and story. In May last year I ran an Arts Award in a week at The Joinery called Picture This! All of the participants created and exhibited a fantastic array of work in just one week and 5 of them achieved their Bronze Arts Award. When asked what they enjoyed most about the week one of the attendees said: “Meeting new people and learning new skills,” which is great. Another of the participants. who was already a keen photographer has become a regular volunteer with Settle Stories and will be exhibiting some of her own photography alongside Tom Faulkner’s as part of our Re… exhibition at The Folly in October.

What kind of a man was Tom Faulkner?

As part of this project we’ve interviewed a number of people who were in Tom Faulkner’s photographs of the 1953 coronation celebrations in Settle. Most of these were children at the time and their memories of Tom are hazy but they all recall a lovely man who was very much a part of the community. He was a member of the Zion Church in Settle and photographed lots of local events as well as people’s weddings. He was godfather to Settle’s resident cobbler, Dan Nelson, and along with Dan’s dad and another photographer Ken Jelly, Tom would often combine his love of hill walking with photography. I think it’s because he was so much a part of the community that his photographs are so natural and candid – people obviously felt very at ease around him and his photographs capture a moment in time beautifully. 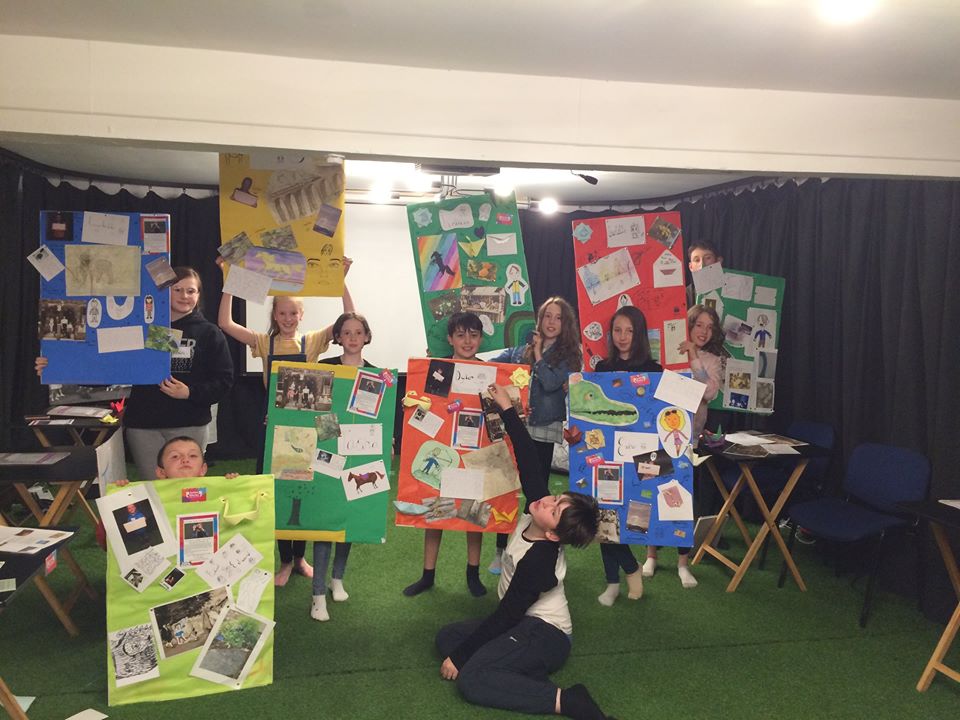 What have you learnt from the young people on the project?

During the Arts Award week last year, we had a skill share day, where the young people took the lead and taught each other various creative skills. I loved this and I was really impressed not only with their ability in photography, origami, writing, drama and dance but also in the way they shared their knowledge to others in the group – including me!

I read that letter writing is making a comeback since lockdown and in our modern world of delete and erase, do you think Tom Faulkner is inspiring young people to keep a more permanent record of their lives?

I ‘d like to think so. We recently produced a lovely little keepsake booklet to accompany the Tom Faulkner project. It’s a 20-page journal that tells you a bit about Tom Faulkner and includes some of his photos but also has blank spaces for you to fill with photos, pictures or thoughts of your own. We’re sending these out to all the young people who’ve engaged with the project so far and it would be nice to think that they’ll enjoy using them.

People have become very creative in reimagining festivals and events online this year. How have you managed to adapt your plans?

Originally I had planned to create a magical garden in Market Square which would have incorporated an open-air exhibition of Tom Faulkner’s photographs, creative workshops from Ragtag Arts and Grimm & Co and a range of other events all inspired by Tom’s photos. When I realised I was going to have to turn this into a digital offering I wasn’t sure how I was going to make it work, particularly given the restrictions of lockdown. However, when I thought about what was at the heart of our offering I realised that all I was really trying to do was tell a story: the story of Tom’s photographs, the story of Settle in the summer of 1953. Once I’d realised that it became easier. I wrote a story: The Story Garden. It takes the viewer on an adventure from a magical garden to Settle where we find Tom’s photographs and discover the story of what’s happening in them by bringing the photos to life. The other companies I was working with then did an amazing job of re-working their content to fit this narrative so that we now have a whole series of magical events for people to view throughout the festival. The best bit about having to do all of this in lockdown was that the whole family pitched in: my daughter became my co-star, my husband was my cameraman and even my son helped by dressing the set – our back-garden!

What 3 things does the Spirit of Settle mean to you?

Any surprises you have encountered so far during the project?

Well he’s probably no surprise to anyone living in Settle but, John Reid was a wonderful surprise for me! He’s lived in Settle all his life and appears in a number of Tom Faulkner’s photos dressed as a 16th century nobleman. John’s account of the coronation celebrations and his collection of memorabilia was a very pleasant surprise indeed! 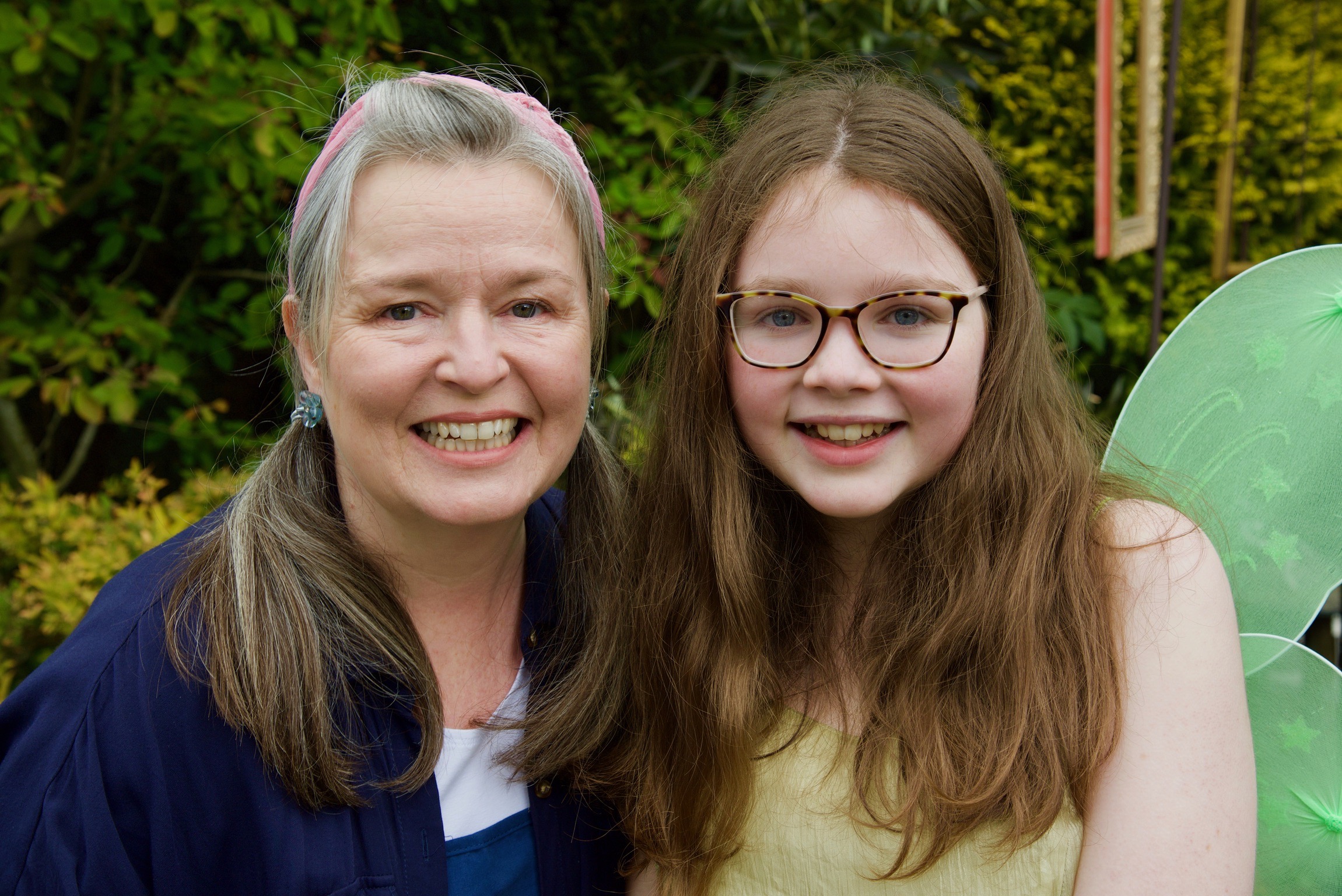 Could you give us a taster of what we may expect to see at the Yorkshire Festival of Story in July?

The Story Garden is a magical series of events for families running every Sunday throughout the Yorkshire Festival of Story. Hosted by story gardeners, Blossom and Twig, the Story Garden is full of things for families to make, see and do. There’s also workshops from the fabulous Grimm & Co, Rotherham’s only magical apothecaries, as well as the marvellous Ragtag Arts from Kendal. For full programme details and to download your free Blossom and Twig Family Adventure Pack visit the festival website.

The project runs until the end of the year, what further plans for the project do you have up your sleeve?

In October, to mark the completion of the Tom Faulkner project we’ll be mounting an exhibition of work at The Folly in Settle. Re… will be an exhibition in three parts exploring ideas around heritage and photography. Visitors will be able to leaf through the pages of Tom Faulkner’s 1953 photo album in, Re..turned. Share stories from locals who were there in, Re…membered and see what heritage and photography mean to students from QES and QEStudio School in, Re…imagined.

What lessons, during the Covid 19 pandemic, do you think we could learn from Tom Faulkner?

When you look at Tom’s photos you get a real sense of someone connected to the people and places in them. I think during the Covid 19 pandemic we have all become more aware of how much our families, friends and communities mean to us and how small acts of kindness can make a big difference.

Don’t miss the next chapter of Jayne’s journey. Sign up to our mailing list to find out more about Blossom and Twig and all 80 FREE events taking place at Yorkshire Festival of Story. Click here.

1960’s in a Yorkshire Dales classroom