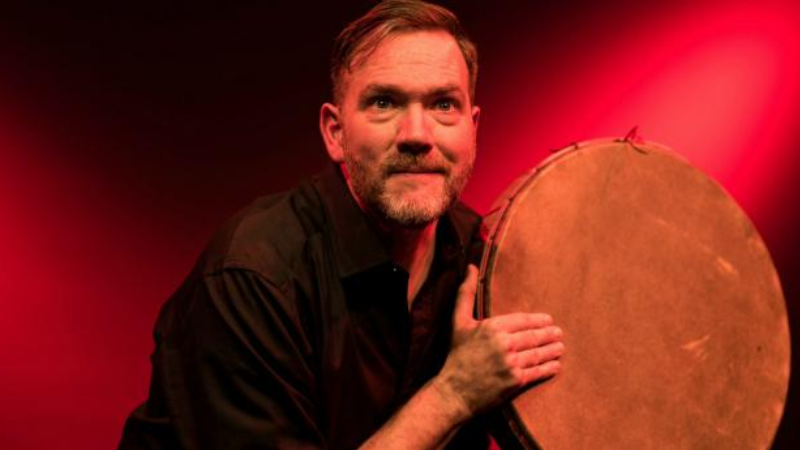 A singer, songwriter and storyteller Nick is a dynamic and passionate performer with skills that draw an audience in. With a love for the traditional culture of the British Isles his craft draws together the note, the song and the spoken word into a unique and engaging style.

He came to storytelling whilst studying for a PhD in Cultural Geography, exploring the relationship between landscape, communities and stories. As a researcher he undertook considerable field-work in a number areas, in particular parish maps, village appraisals and caravanning clubs. It was his research into reinvented traditions that first brought storytelling to his attention.

As both a singer and storyteller, his interest is to bring out the song in the story and the story in the song, something that has taken him to West Russia to research epic songs of the Finno-Ugric people, and to Finland where he won the 2000 World Championships in Kalevala epic-singing. In 2009 he presented a program broadcast on Radio 4 on the relationship between Kalevala and the national identity of modern-day Finland, He regularly returns to Finland performing Kalevala in English for Finnish audiences, with occasional work lecturing at the Sibelius Music Academy.

In 2007, commissioned by the Plymouth Theatre Royal he wrote “The Crossroads” a short play based on the ballad Tam Lin for the celebrated Playhouse Festival, which was subsequently performed at Plymouth, York Theatre Royal and Polka Children’s Theatre in London.

He has performed in venues as diverse as village halls, the South Bank and the Albert Hall and extensively at folk clubs and festivals, storytelling festivals and literature festivals throughout the UK. International visits have included Estonia, Finland, Sweden, Norway, the Netherlands, Belgium, Denmark, Canada and two national tours of Japan.

He has three solo albums to his name, the most recent of which “A Rare Hunger”, released on Harbourtown Records, is already receiving critical acclaim.

“a fine voice, pure and unforced” -The Times

“a gifted interpreter of pieces, a damn good songwriter and blessed with a voice that pulls in the ear” – Sing Out!

“a bard-like performer who makes you listen” – Folk Roots

“his live performances are magnetic and involving” – Traditional Music Maker