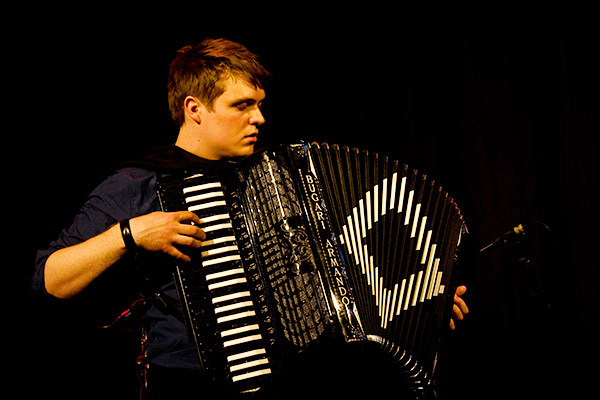 Leif Ottosson is a young accordionist on the Swedish folk music scene who is said to be the first to have transferred the traditional fiddler’s style of playing to his instrument. He challenges the conventional way of using the accordion as well as being a brilliant instrumentalist with great artistic breadth. Leif has received several well-renowned awards including the Hagström Scholarship and the Andrew Walter Scholarship for Accordionists. Leif often distinguishes himself as a composer and arranger in the many groups that he plays with, not least in his band HiR.