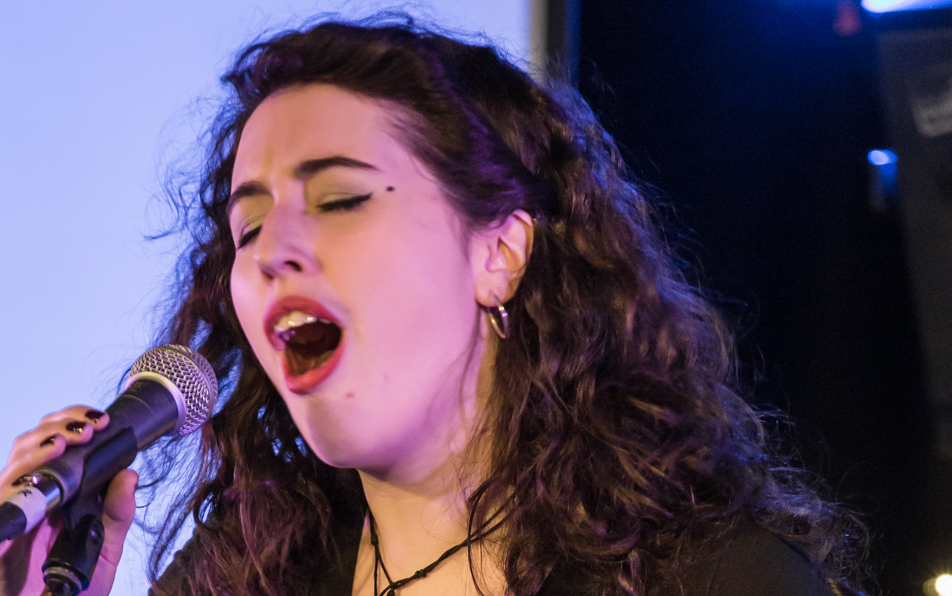 Borders-born Kirsty Law has grown up learning traditional songs, mainly in the Scots dialect. She now combines this with her strong interests in songwriting and poetry which has lead to her own self penned work, inspired by the ideas and forms she finds within the tradition. Having just completed a Folk and Traditional Music Bmus at Newcastle University, she has launched into a career of performing and writing, fast becoming noticed as a talent to watch.

Now starting ‘The Kirsty Law Band’ where she is accompanied by Rona Wilkie (BBC Young Traditional Musician of the Year 2012) and Marit Falt (Vamm) they create a sound which is charged and exciting whilst resonating with stories, forms and melodies that have withstood the test of time.

Kirsty has also been a collaborator on various other arts projects, working with other musicians, visual artists and poets.

‘Her voice has a rich, warm tone and her sensitive interpretation will touch your heart. Not to be missed!’ (Margaret Bennett)