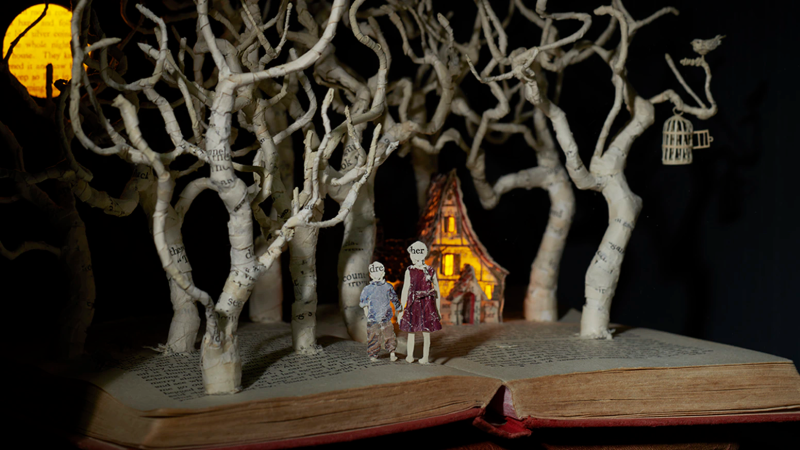 Justin Rowe is an artist and paper sculptor from Cambridge. After graduating from Norwich School of Art in 1998, he began working for Cambridge University Press as an academic bookseller.  In 2010, tasked with creating a unique and eyecatching Christmas window display, Justin began a series of book sculptures inspired by folk and fairytale imagery. The sculptures were auctioned for charity.

In autumn 2011, Justin created twelve new sculptures for the bookshop window based on the English song, The Twelve Days of Christmas. The sculptures were donated as raffle prizes on behalf of local charity Romsey Mill.

Justin had a solo exhibition at the British Academy as part of their literature week in 2013. He is currently exhibiting new sculptures and making commissioned works for numerous clients.