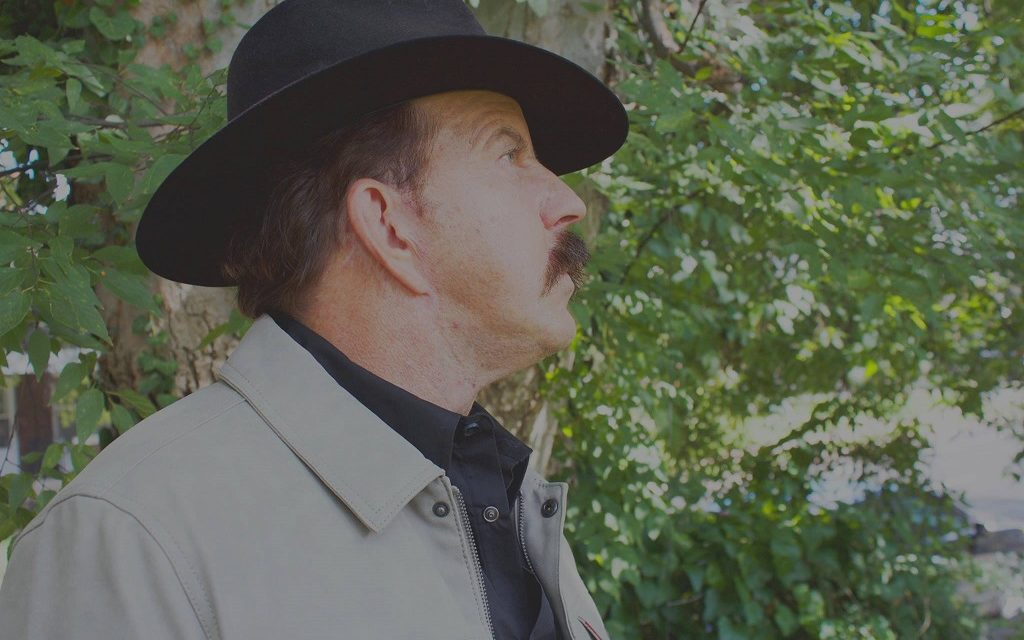 Jerry Harmon is a musician and storyteller. He’s performed alongside many celebrated musicians: Dolly Parton, Ricky Skaggs, Tony Rice, Marty Stuart, Earl Scruggs, and others.  He has appeared at such events as North Carolina’s renowned Merle-Fest, The Bath International Music Festival, The Edinburgh International Festival and The Winnipeg Folk Festival.

Jerry was born into a rich family tradition of music. His home, deep in the foothills of the Blue Ridge / Appalachian mountains, reverberated daily to the sound of music in many different forms. His musical career was launched at an early age, strumming a banjo fashioned from wood and groundhog hide by his uncle Gene. Radio programmes featuring Hank Williams Sr, Flatt & Scruggs and Ray Price also proved a lasting influence.

At the age of 12, with his Sears & Roebuck Truetone guitar in hand and an earnest determination, Jerry tackled the first of years of self-given music lessons from a book by the famed North Carolina guitarist  Arthur Smith. It is this rich family tradition, these years of practice, and the multi-dimensional experience that gives us Jerry Harmon, the Smoky Mountain Gypsy.

Jerry shares his Smoky Mountain home with his wife, Maria, and their two Schnauzers-the infamous, “Shadow” and his new friend, “Rosie.” Friends come often to the Harmon household, pulling up a chair, helping themselves to a cup a coffee or a cold bottle of water from the refrigerator. After you’ve been in the Harmon house more than five minutes, you realize you are no longer a guest-you are at home! Jerry gathers people around him like the mountains gather the clouds- at home together… as much as the man and his music and the traditions of his storytelling.

‘He is a songster, musician and yarn spinner in the great Appalachian tradition. Whatever the audience, you feel you’re around his fire or out on the porch – the day’s gone mellow and we’re in the land of story on bluegrass mountain. Listen to the voice music.’ Donald Smith, Director of Scottish International Storytelling Festival