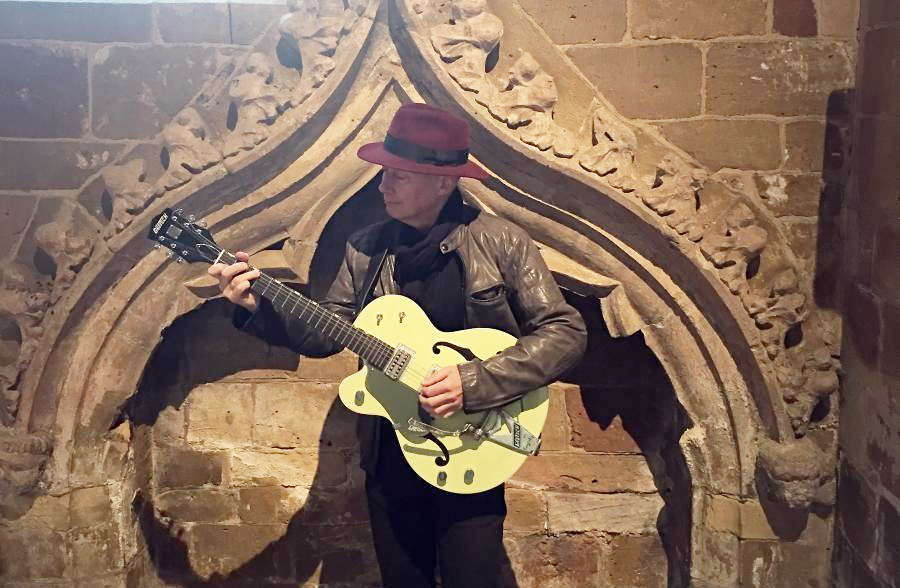 After two years as an Associate Artist at the Bradford Playhouse, David began an MA in Sound Design and is now commencing a PhD on Aesthetics and Performance.

His creativity is expressed through different media, including video and poetry, and inspired situated at the interface of a diversity of cultures and genrés. Technology plays a major role and computers mediate, to varying degrees, traditional sounds of acoustic and electric guitars.

David is also a key member of the African drumming group Songo who recently played the Leeds Carnival. Three CDs of his original songs and music are available on iTunes. David has had a collection of poetry published entitled ‘Stung’ and has sung tenor for the Manchester Cathedral Choir.

David has performed solo and collaboratively at various festivals and events, most recently at the Ilkley Literature Festival with the accomplished Indian dancer Shrikant Subramaniam.

‘Drawing on musical influences from around the globe with strains of the urban and psychedelic, spaces between recognised categories of political, social and spiritual realities are explored. Words and rhythm combine with electronic and acoustic textures to confront the distinctions between order and disorder, male and female, the mask and the face’.