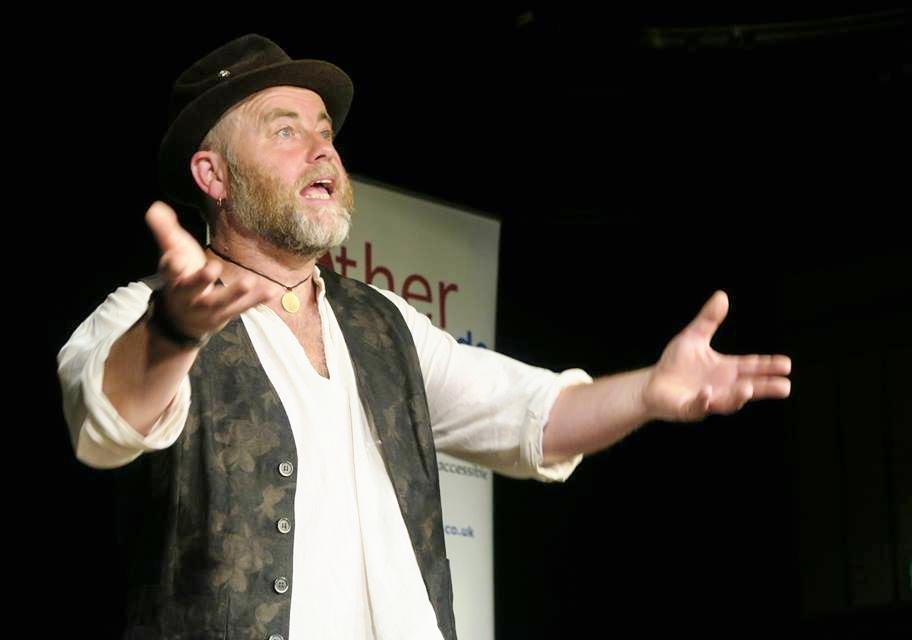 Known as the Yarnsmith of Norwich, Dave has been telling since 2001 for adults and children at museums, heritage sites, festivals and fairs.

He works regularly for English Heritage, the National Trust, at the British Museum and Ashmolean and in 2015 he published his first collection of Tudor Tales for the History Press. He’ll be sharing them at a number of heritage sites in 2016, including Shakespeare’s Birthplace and for the Historic Royal Palaces. He also has plans for a companion collection of Medieval Tales and a selection of Chaucer’s Canterbury Tales for children as well as working on a CD of Tudor tales and music that he hopes to tour in 2016. In the last few years  and in an attempt to leave his trunk hose and doublets behind, he has moved beyond his heritage work telling at storytelling clubs and festivals including, Stafford Knot, the Birmingham Storytelling Café and Taffy Thomas’s South Lakeland Storytelling Club, to name but a few. But although nowadays he is out of period costume for some of his performances, they still resound with historical themes, for most good stories are after all from long, long ago!