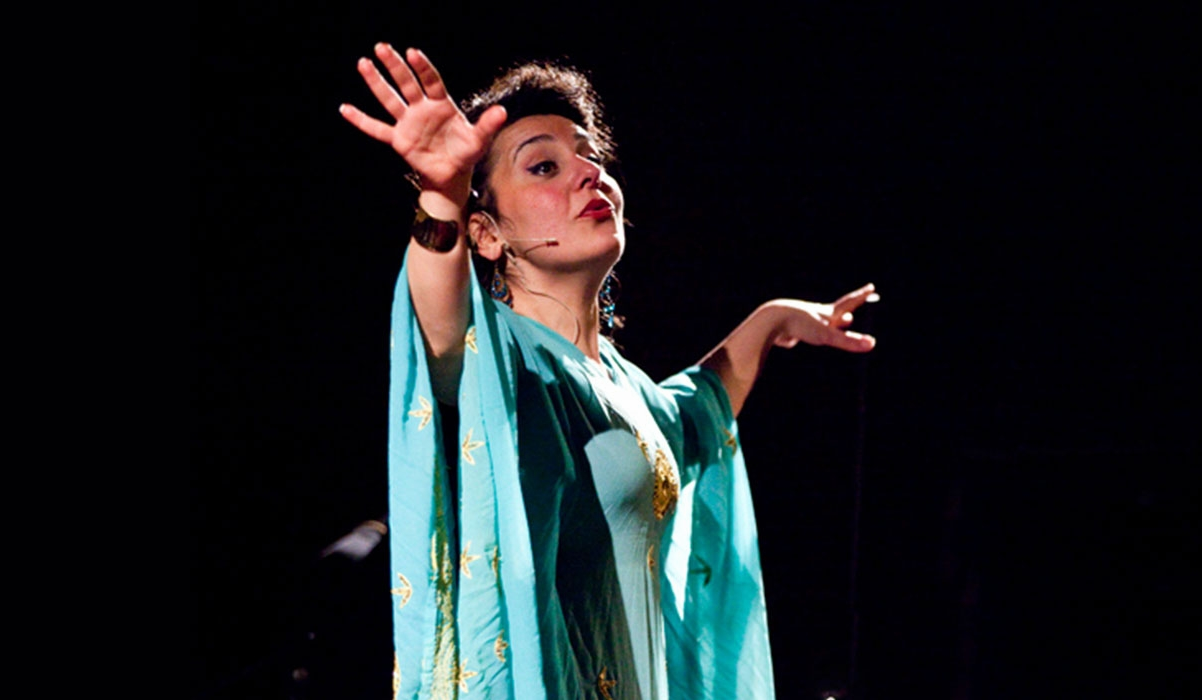 Alia is an award-winning, dynamic storyteller with a breadth of tales from around the world. Having grown up around the Middle East (Syria, Lebanon, Iraq and Jordan), and coming from a Muslim cultural background, she specialises in stories from the Islamic and Middle Eastern traditions. Her bi-lingual English/Arabic education means that she can extract stories written in Arabic and confidently translate and rework them for an English-speaking audience.

Alia has been involved in teaching in schools for many years, and has developed CPDs, schools workshops and resources using storytelling around improving literacy through oracy. She is also currently developing a CPD and resource for the Historical Association around storytelling for the new national curriculum. In 2011, she was awarded the Best Storyteller award by the Fringe Report. Prior to that she had been nominated for a BAFTA Scotland in the category of Best Performance in Film. A confident performer who has appeared on BBC Arabic Radio and Television, Alia is also a strong facilitator who is among the core teaching staff at the British Museum.