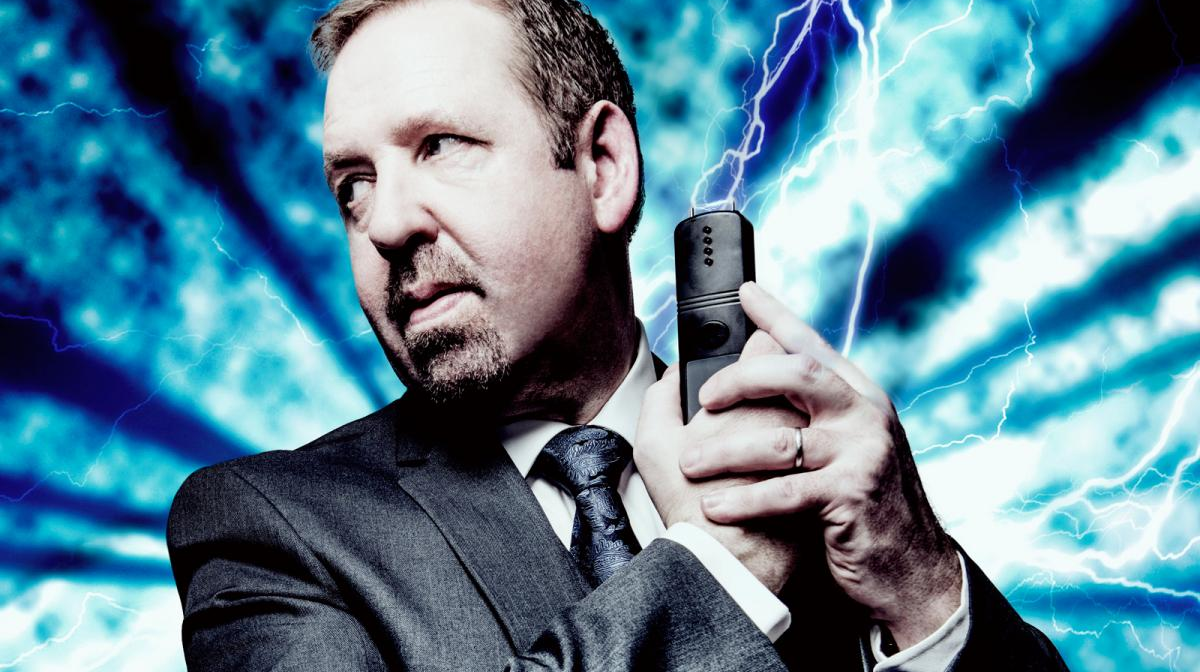 Alfie Moore is an English police officer, writer, stand-up comedian and radio performer. He is on a career break from the police.Alfie Moore spent eighteen years on the Humberside Police force before turning to stand up comedy.

He has been guest comedian on radio programmes, including Today (BBC Radio 4), The Richard Bacon show on BBC 5 Live, The Jeremy Vine show on BBC Radio 2 as well as hosting his own stand up comedy show on BBC Radio 4 called Alfie Moore It’s a Fair Cop which he wrote and presented, was recommissioned for a second series by BBC Radio 4 in August 2014.

Moore has taken 4 shows to Edinburgh Festival. In 2012 I Predicted a Riot and 2013 Viva Alf’s Vegas with Phil McIntyre Ents as Promoter, and in 2014 The Naked Stun with Mick Perrin Worldwide as Promoter which sold out for 25 nights and was awarded the Edinburgh Fringe laurel for a sell out show. Moore’s 2015 Edinburgh Festival show is called Alfie Moore – A Fair Cop Stands Up.